Truckload of Skittles spilled on highway is a sugar addict's delight 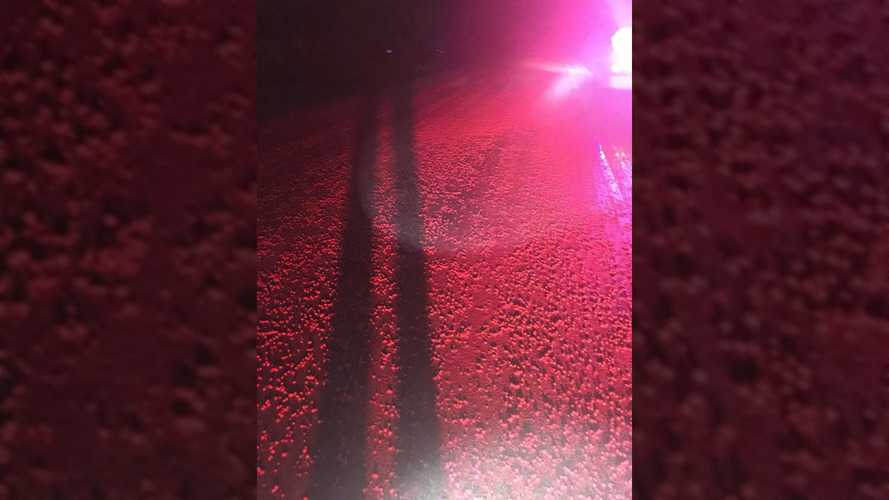 How can we taste the rainbow now?

Motorists in Dodge County, Wisconsin, were probably incredibly confused recently when they discovered the road stained red by thousands of Skittles. To make the sight even weirder, there was no sign of where little candies had come from. The deputies had a light-hearted reaction to the bizarre scene, though. “While we don't know who did this, it is certainly clear that it may be difficult to 'Taste the Rainbow' in it's entirety with one color that likely fell off the truck,” the Dodge County Sheriff’s Office wrote on Facebook.

The cops eventually got to the bottom of the bizarre incident. The Skittles were in a box on a flatbed pickup. It was raining, and water soaked through the container enough to let the candy spill out. Sheriff's deputies responded to the scene at 8:51 P.M. local time, so it was possibly dark enough for the truck’s driver not to notice thousands of candies spilling out the back.

The wet conditions also caused the red Skittles to bleed all over the road, and the result looks grotesque. However, if there’s rain next Halloween, this could be a fantastic way to celebrate the holiday.

You’re probably wondering why anyone would be hauling a large box of identically colored, loose Skittles. The answer is nearly as bizarre as this incident because apparently these cows have a sweet tooth. According to the sheriff’s office, the candies “were intended to be feed for cattle as they did not make the cut for packaging at the company.”

With so many vehicles on the road, bizarre spills do happen sometimes. For example, a woman spilled hundreds of Lego bricks on a highway in West Virginia when they fell out of the containers on top of her car. Unlike the Skittles, the plastic blocks were a serious hazard to drivers’ tires.