When discussing our electric future, don't be afraid to think positive 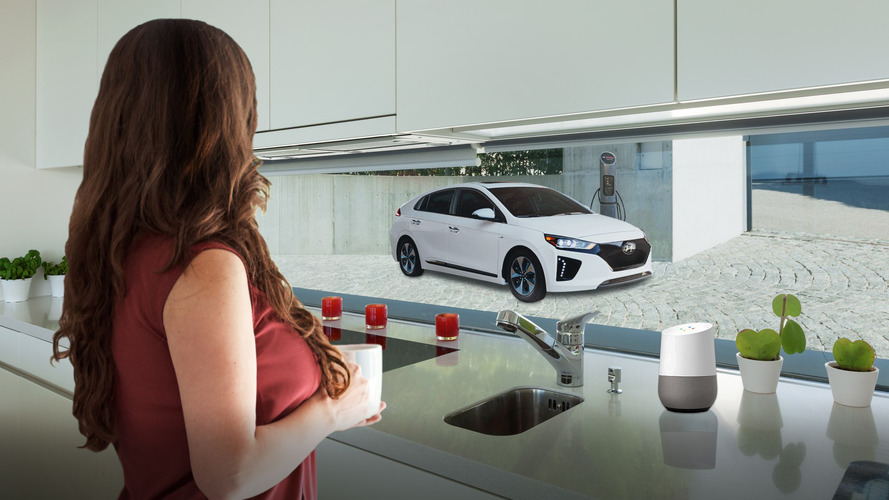 There's a lot to be excited about when it comes to EVs, if you're willing to look on the bright side.

For some people, the electric vehicle glass is always half-empty. No matter how many pre-orders there are for the Tesla Model S or awards for the Chevy Bolt EV, the failure of our electric vehicle future is just around the corner. These people are wrong, of course, but sometimes it's worth it to lay out the reasons why.

An article by Lawrence Ulrich over on The Drive prompted me to show why the glass is not only half-full, but getting fuller by the day (Ulrich and I have been down a similar road before). I suggest reading the whole thing, but if you're short on time, allow me to summarize: his main point is that, "American consumers are poised to give the electric car market a reality check" because "neither [the Chevy Bolt EV or the Tesla Model 3 are] the game-changer that many analysts and media have proclaimed." In other words, the EV revolution is not coming today nor tomorrow, and maybe not any time on a calendar printed on paper right now.

There's no question that plug-in vehicle sales haven't matched the predictions of both the companies building them or the hopes of EV advocates. But this doesn't change the fact that there are many winds filling up the EV industry's sails. Let's go through the big ones.

Despite our new President talking about putting America First, the auto industry is a global beast. Raw materials, components, and finished products cross national boundaries like air pollution on a windy day. On the EV scene, this means that what China – the world's biggest auto market – does on making batteries better and cheaper can impact everyone else. And China is certainly doing something to encourage cleaner cars. So are many countries in Europe. The U.S. has been a leader in electric mobility, thanks in part to the federal government offering incentives to both consumers and companies and the industry responding with some of the best *cough-Tesla-cough* electric vehicles in the world. But now there is a lot of uncertainty about what the new President will do, and support for electric vehicles and general fuel economy rules could be changed. But, even if (and this remains a big if) the U.S. takes a step backwards in EV leadership under President Trump, the global regulatory trends will continue to encourage EV development and sales. And better EVs in China will mean better EVs everywhere. That's just how a global system works.

Speaking of how things work, let's shift to the technology involved. The combustion engine has had over 100 years to get to where it is today. There remains room for improvement (see the work from Toyota in the 2016 Prius, for example), but gasoline engines are not going to radically improve in the next decade. Same thing with electric motors, which are technically simple and have also been around for a long time. They can get lighter and better, but the general performance of an electric motor has been defined. Big, automotive batteries, though, are a whole new frontier. The range of every EV on the market is better now than the earlier versions that came out a few years ago. The world's most popular EV, the Nissan Leaf, for example, went from a 73-mile range in 2010 to 107 miles in 2013 and is likely headed to 200+ miles soon. The same sort of thing happened over at Tesla, which just introduced a Model S with 335 miles of range. Ulrich's point about long recharge times with these long-range EVs is valid, but that only brings me to...

Sure, it's easy to point out the problems that EVs have catching on, but if you talk to plug-in vehicle owners (and I do, a lot), then you know that most of them absolutely love their cars. And, while EVs can't replace the go-anywhere-any-time gas car today, these people are never going back to fossil fuels. It's sort of a one-way street. They leave home every day with a full tank, never have to visit a gas station unless it's for a bathroom break, and will happily tell anyone who asks why driving electric is better than old-fashioned combustion engines. Whether it's the instant torque or the smooth acceleration, the quiet ride or the lack of emissions, EV fans love their cars for many different reasons. And then we get to the 400,000 people who have pre-ordered a Tesla Model 3 and are probably not EV owners today. The "EV grin" (the happiness you feel when you experience an electric vehicle for the first time) is a powerful force that will only grow stronger with time.

Even if most people don't need to charge up their EVs while out and about (Renault, for example, says that its new 400-kilometer Zoe EV will let the average European commuter charge up just once a week), the auto industry is still working on faster, better charging infrastructure. The once-blazingly fast 22-kW chargers seem now to come from another era. The era before 150-kW or even 300-kW chargers will become prevalent. These sorts of speeds only matter on long-distance road trips, but if you combine these with the much-more-far-fetched idea of in-road chargers, then any argument against EVs falls apart. And, since we're talking about the future here – and we will admit that there's no way to know for sure what will happen – why not take a positive spin rather than just complain about the growing pains of any new technology, particularly one that's trying to displace something so embedded in our country, culture, and infrastructure as gas-powered automobiles? I, for one, welcome our robot-driven, zero-emission vehicle overlords.

In all seriousness, though, I think that the biggest flaw in Ulrich's article is his focus on finding reasons to dismiss pure EVs while pretty much ignoring plug-in hybrids. Sure, purists will says that these are just gas cars with fancy batteries attached, but the truth is that the actual miles that Chevy Volt PHEV and the all-electric Nissan Leaf drivers drove on battery power were about the same, according to a 2015 study by the Idaho National Laboratory. And I'll take real-world effectiveness over pessimism any day.