Eric Clapton’s $1.1 million Ferrari F40 is your key to the highway 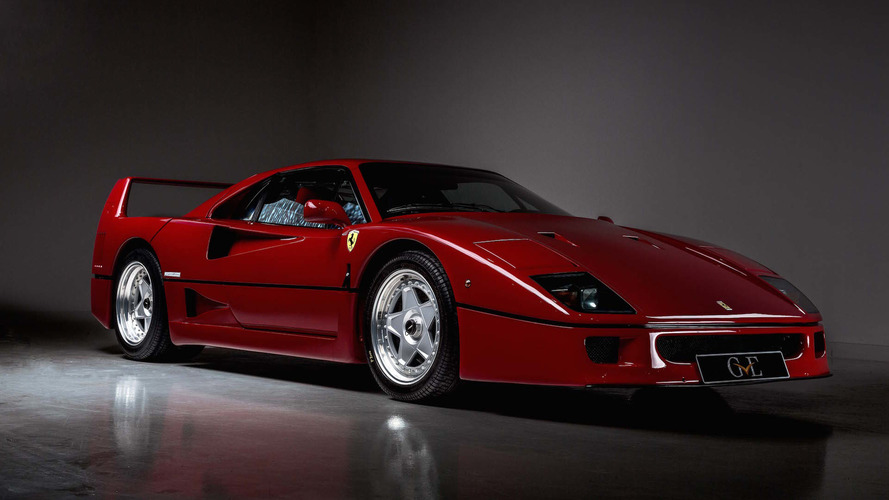 Get your Ferrari fix with this F40 formerly owned by Eric Clapton.

Rock and roll legend Eric Clapton has a knack for uber expensive supercars, especially those of the Ferrari variety. So much so, in fact, that he had the company build him a one-off in 2012 based on the 458 Italia. It was dubbed the SP12 EPC as cost $4.7 million.

But now, one of Clapton's most prized Prancing Ponys is up for sale at GVE London – a 1991 F40. Apart from being one of the most iconic Ferrari vehicles ever built, it was owned by Clapton from 2000 to 2003 further adding to its historic credentials. It's driven just 11,732 miles (10,881 kilometers) since new.

Featured with all of its original tools and service books, the dealership says that Clapton's former F40 lived a "highly pampered life." It was owned by Clapton between 2000 and 2003, before it was handed over to the current consigner, who’s said to have owned it for over a decade and kept it regularly serviced.

It wears the iconic Rosso Corsa red exterior, a matching deep red interior, and features a factory-fitted catalytic converter. It also received a much-advised fuel system refresh in 2008 to assure it continues to run like new. The original 2.9-liter biturbo V8 remains, producing 471 horsepower (352 kilowatts) and 425 pound-feet (576 Newton-meters) of torque.

The seller is asking $1.1 million (£925,000) – which, given its lineage and condition, doesn’t seem like all that expensive, relatively speaking. Hagerty estimates that a Ferrari in "Excellent" or "Concours" condition such as this could go for anywhere between $1.6 to $1.75 million.

F40 not for you? Maybe the 308 GTS from Magnum P.I. is more your style, or possibly the Testarossa from Miami Vice. Whatever the case, of three of these legendary supercars are up for sale.

Rock and roll legend Eric Clapton once owned this stunning 1991 Ferrari F40, which is now for sale at GVE London for £925,000. Clapton, a self-confessed Ferrari collector and enthusiast, owned this, one of the most famous supercars of the 80’s, between 2000 and 2003. Having covered just 10,881 kilometres from new, this particular F40 has lead a highly pampered life. Presented for sale with its original tools and service books, which have been stamped at regular intervals by marque specialists, it’s evident that this F40 has been cared for throughout its life. “F40s of this calibre don’t come along very often,” said GVE’s founder and managing director David Rai. “I doubt one with such amazing provenance and low mileage will appear in the classifieds for a while, so for it to be sold at GVE is very special. “The F40 is a real poster car, and one of the most celebrated supercars of the 80’s. A modern classic that turns heads everywhere it goes, and it definitely gets a lot of attention here in the showroom. The fact it was once owned by Eric Clapton is the cherry on top!” Owned by the previous, most recent owner for over a decade, this particular example has played a significant part in many Ferrari collections. First owned by renowned collectors, the Candrini family, who owned their own Ferrari showroom, it was then sold to a collector in the UK before finding its way to Eric Clapton. Finished in the classic Rosso Corsa colour scheme, this later 1991 model comes with a factory-fitted catalytic converter and benefits from having had a highly advisable fuel system refresh in 2008. GVE London is also in the process of applying for this exceptional F40 to be Ferrari Classiche certified via the team in Maranello. Just one of many amazing cars available on site, GVE London became the UK’s first full-service showroom with the addition of a five-bay detailing centre in late 2016. Situated at the heart of the 20,000 sq ft West London-based showroom also lies a servicing centre, with four ramps and six trained service technicians, many of whom have Ferrari main dealer experience. Not only a one-stop-shop for supercar after-care, the company also has a dedicated team responsible for the sales and purchasing at the showroom, specialising in Ferrari, Lamborghini, McLaren, Mercedes-AMG and Porsche models.