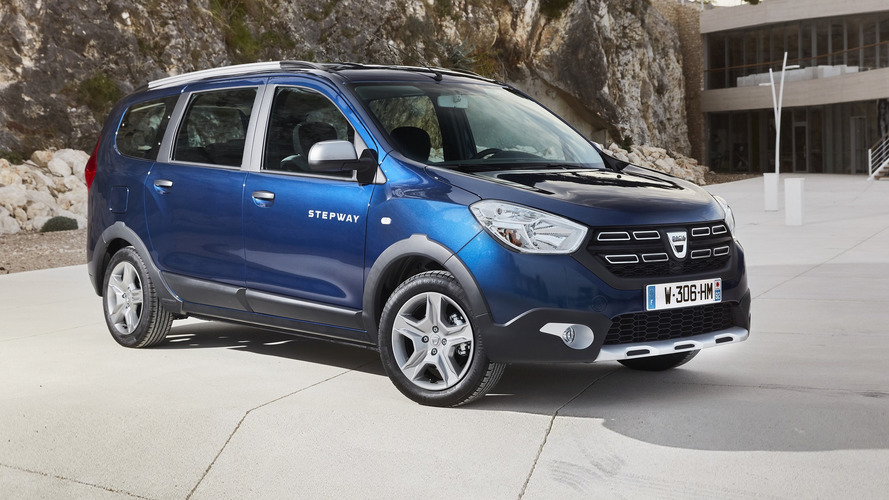 Renault's budget arm Dacia is giving its two affordable workhorses some updates both inside and out.

Dacia introduced the revised Dokker and Lodgy models about two months ago, but it’s only customers are able to order them in France. The novelties brought by the mid-cycle refresh are in line with those of the Logan and Sandero facelifted models unveiled at last year’s Paris Motor Show. The slightly more rugged Stepway-badged versions have also received a nip and tuck, including the new 16-inch wheels and redesigned grille derived from the Duster.

Once you hop inside the cabin, the first change you’ll see is going to be the four-spoke steering wheel featuring what Dacia describes as being a “Soft Feel” trim. Keen-eyed readers will also notice the updated design of the air vents along with chrome accents on the dashboard. Dacia is also adding a new upholstery and is giving buyers the option to order a rearview camera.

You will be happy to hear both the Dokker and Lodgy Stepway models now come with a more generous array of standard equipment, including an armrest built into the driver’s seat, one-touch window function, and folding tables for passengers sitting in the back. In addition, Dacia will install an extra stowage net for the front passenger to store bits and bobs.

Dacia France is now taking orders for the two models and will have them in dealerships from April. Pricing for the Dokker begins at €9,650 in the entry-level version with the naturally aspirated SCe 100 engine, while the flagship Stepway with the thrifty dCi 90 diesel will set you back €15,850. As for the Lodgy, it kicks off at €10,150 and goes all the way up to €16,450 for the same engine and trim combos. If you want your Lodgy with seven seats, that'll be an extra €500 over the equivalent five-seat model.

Renault’s low-cost division is now gearing up for a very important launch, the second-gen Duster expected to debut later this year and rumored to spawn a seven-seat version.

Dacia has announced the launch of the new Dokker and the new Lodgy in France, following the end-2016 release of the new Sandero, new Logan and new Logan MCV. The cars boast interior and exterior styling enhancements and added features including a new grille, the new four-spoke Dacia steering wheel, a refreshed dashboard, a reversing camera and fold-down trays. Order books for the new Dacia Dokker and Dacia Lodgy are now open in dealerships.

The new Dokker and new Lodgy have carried over the new Sandero’s grille, which offers a more contemporary look thanks to chrome detailing surrounding the Dacia logo on all sides. The new Lodgy’s boot lid has also been reworked and now sports a chrome trim strip.
Like the Sandero Stepway, the grilles of the new Dokker Stepway and new Lodgy Stepway feature a more robust design underscoring the four chrome rectangles surrounding the logo on each side, in a style similar to the Duster. These two versions, which have a more rugged look, also carry over the Sandero Stepway’s Flexwheel 16-inch Bayadère Dark Metal wheels, while the Silver Line versions come with a refreshed wheel trim design. New 16-inch diamond-cut black alloy wheels are an option that will further convey this version’s imposing personality.

There are new interior styling upgrades for the new Dokker and new Lodgy, too. Like the new Sandero, they have been fitted with:

The two-tone dashboard has been replaced by a dark charcoal colour scheme that creates a new, more contemporary interior ambience. The Stepway versions come with even more design embellishments, such as satin-finish chrome to replace the blue-toned trim on the air vent surrounds and central fascia, which itself has traded its matte black finish for gloss black.

In terms of equipment, the new Dokker and new Lodgy were designed to facilitate everyday driving even more. Manoeuvring is easier thanks to an optional reversing camera that displays the rear-view image on the dashboard’s main screen. Standard features of the Stepway versions now include an armrest incorporated into the driver’s seat, a handy one-touch window function for the driver, folding tables for rear passengers and an additional stowage net for the front passenger.

The new Dokker and new Lodgy can be ordered today and will be available in dealerships beginning in April. As affordable as ever, the Dokker with the SCe petrol engine is available starting from €9,650. Prices for the Lodgy powered with the same engine start from €10,150 for the five-seat version and from €12,150 for the seven-seater (Silver Line finish and above), making it the most affordable seven-seat family car on the market!