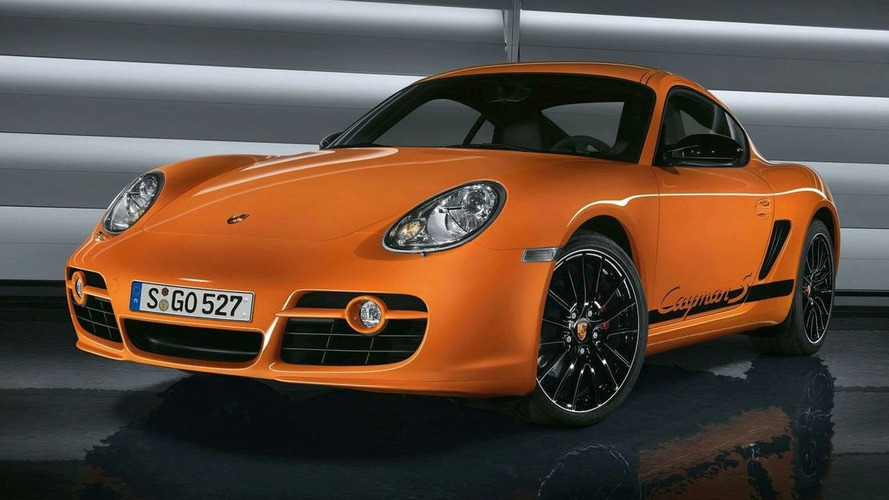 A specialist track day Porsche Cayman Clubsport is being developed. Central to its performance is the shedding of 100kg of extra weight.

A lightweight Porsche Cayman Clubsport is planned as the next evolution for the Cayman brand. Key to its performance will be in the area of weight where the Clubsport is expected to lose up to 100kg off a normal Cayman. Consequently performance should be better than the Cayman S's 0 - 62mph time of 4.9 seconds and its 171mph (275km/h) top speed.

Mechanisms employed to do this include the use of forged alloy wheels, lighter body panels, a stripped-out interior and a simplified lighting system. The car will be especially aimed at those who are interested in buying a Porsche they can use on track days too but can't afford the price tag placed on a GT2.

Porsche's Clubsport tradition has been to keep the engine and gearbox as standard. That means the Cayman Clubsport will keep its 320hp Cayman S-sourced 3.4-litre flat-six as well as the manual gearbox. For better traction and handling a limited slip differential will be installed.

To make it look like a Clubsport model several enhancements to the exterior are in order, namely a unique body kit featuring deeper front and rear bumpers and a fixed rear spoiler. The normal Cayman has a retractable one. Prices should be around £4,000 more than the Cayman S when it hits UK showroom floors in October.