Ford to auction off special 2017 Raptor for charity 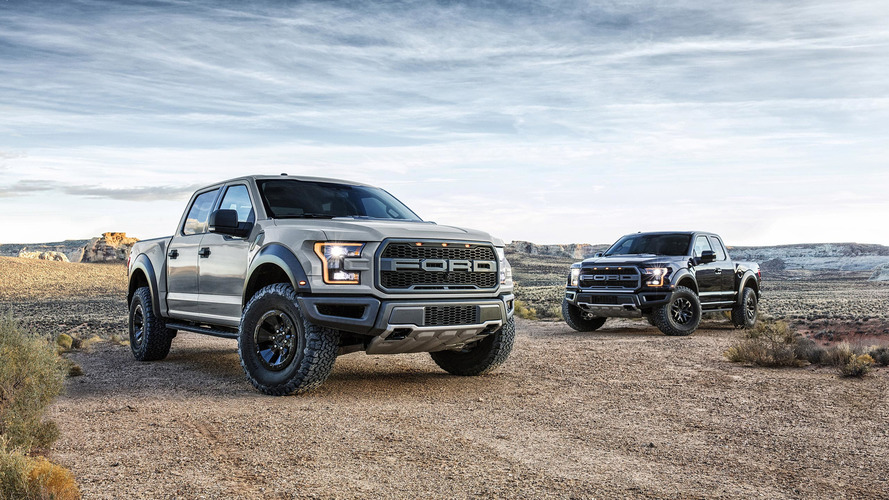 The one-of-one Raptor will be offered at no reserve.

As the new F-150 Raptor continues to roll off the production line, Ford is giving a lucky, wealthy customer the chance to snag the last one. At the 46th annual Barrett-Jackson Scottsdale auction, the company will sell off its last 2017 Ford Raptor with a special "one-of-one" color scheme. Naturally, all of the proceeds will go to charity, benefitting the Juvenile Diabetes Research Foundation.

Lot No. 3004 will be sold at no reserve when doors open on January 20, 2017. The lucky new buyer will get to choose from a range of unique Raptor color options not offered to customers currently. As a special bonus, President and CEO Mark Fields will announce the Raptor Assault driving school, which gives current Raptor owners the chance to attend the Ford Performance Racing School beginning in April free of cost.

“The new 2017 Ford F-150 Raptor is by far the most off-road-capable vehicle on the market today, boasting some of the best performance technology to come from Ford,” said Jim Owens, marketing manager, Ford Performance. “Raptor serves as a testament to our passion for creating vehicles that are designed to tackle the toughest obstacles on earth. We’re really looking forward to auctioning off our custom creation to help support JDRF.”

Lest you forget, the new Ford Raptor is one mean machine. Under the hood, it comes with a 3.5-liter EcoBoost V6 engine good for 450 horsepower (335 kilowatts) and 510 pound-feet (827 Newton-meters) of torque. Though the Raptor ranges in price from $48,860 to as much as $72,965 in top trim, this one will likely go for even more than that. Similar special editions of Ford and Chevy vehicles have sold for well over six figures in an auction setting.

The winning bidder of Lot No. 3004 – selling at no reserve – will become the owner of the last 2017 Ford F-150 Raptor produced and get to choose from a unique one-of-one Raptor color. The all-new Raptor incorporates years of Ford performance and engineering to deliver the ultimate high-performance off-road truck.

“The new 2017 Ford F-150 Raptor is by far the most off-road-capable vehicle on the market today, boasting some of the best performance technology to come from Ford,” said Jim Owens, marketing manager, Ford Performance. “Raptor serves as a testament to our passion for creating vehicles that are designed to tackle the toughest obstacles on earth. We’re really looking forward to auctioning off our custom creation to help support JDRF.”

As a bonus, Mark Fields, president and CEO, Ford Motor Company, will announce Raptor Assault at the auction. All 2017 F-150 Raptor buyers will have the opportunity to attend the program at Ford Performance Racing School starting in April. While customers are responsible for transportation and lodging, Ford will offer the one-day course for free. Attendees will receive instruction in off-road driving techniques including rock crawling, as well as other driving skills.

Accompanying Fields on stage helping to ramp up excitement among bidders, fans and TV viewers are Ford team members involved in Raptor design and development, along with executives from JDRF. Ford has supported JDRF since 1983.

“JDRF is extremely grateful for the tremendous support we continue to receive from Ford and its employees, who share our vision of a world without type 1 diabetes,” said Derek Rapp, JDRF president and CEO. “Last year, we joined Ford to auction a one-of-a-kind Focus RS at Barrett-Jackson Scottsdale, and we are thrilled to come together again as Ford introduces the new Raptor. Funds raised through this auction support JDRF in our mission to accelerate life-changing breakthroughs to cure, prevent and treat type 1 diabetes and its complications.”

Equipped with an all-new Raptor-exclusive high-output 3.5-liter EcoBoost® engine, F-150 Raptor churns out 510 lb.-ft. of torque and 450 horsepower across a wide powerband. Thanks to an all-new Ford-built 10-speed transmission and exclusive transfer case managed by a six-mode Terrain Management System™, Raptor can tackle virtually any terrain.

Other exclusive features of the all-new Raptor include incorporating the same high-strength, military-grade, aluminum-alloy body and fully boxed high-strength steel frame as F-150. This reduces weight by 500 pounds versus the 2014 truck. The 2017 Raptor features a beefier suspension with monstrous aluminum control arms up front, specially tuned springs at the back, 3.0-inch internal-bypass Fox Racing shocks and plenty of off-road armor to help the truck power through anything.

“Barrett-Jackson has enjoyed a long and solid relationship with Ford that has raised millions of dollars to benefit charity,” said Craig Jackson, chairman and CEO, Barrett-Jackson Auctions. “The auction of the highly anticipated Ford Raptor promises to be a highlight of the show – one that will help support a truly great cause. We look forward to our continued relationship with Ford as we work together to support those in need.”

In addition to the latest Ford Performance models on display headlined by the 2017 Ford GT production car, Ford will feature its F-250 F-Series Super Duty – 2017 Motor Trend Truck of the Year – as part of its full vehicle lineup. Throughout the week, auction attendees will have the opportunity to get behind the wheel of their favorite Ford and Lincoln vehicles for ride-and-drives.