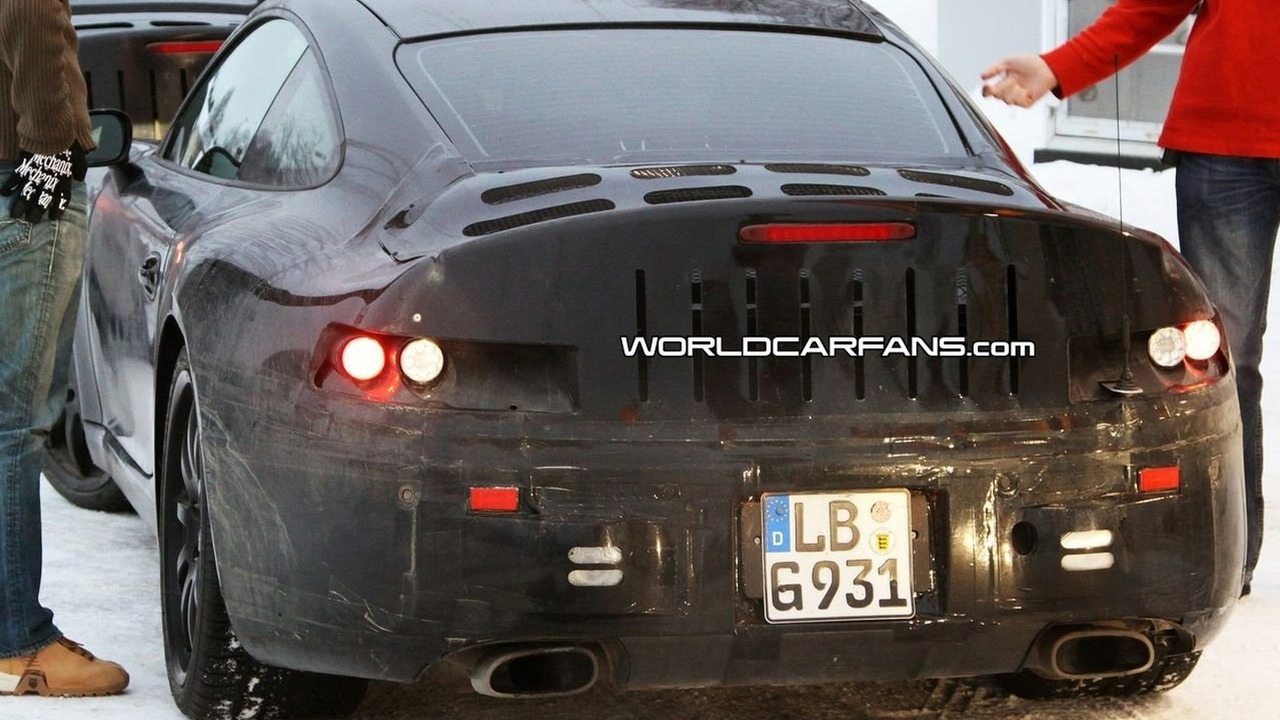 New spy pictures of the next Porsche 911 Coupe and Cabrio have been captured in Sweden where the fleet is undergoing cold winter testing.

More spy pictures featuring both the next generation 2011 Porsche 911 Coupe and Cabriolet have turned up. They were taken at a petrol station in northern Sweden where the cars are undergoing winter tests. The car codenamed 998 seems to be longer than the 997 which it succeeds in order to create more room for the backseat.

Exterior modifications seen on the spied cars are headlights akin to the ones in the 997 but raised higher to meet safety regulations and side mirrors that are attached to the doors. Although only functional prototype rear lamps, they are similar to those seen on the recently-spied next generation Boxster. LED lighting technology can be expected at both the front and rear ends.

The next 911 will be powered by new uprated direct-injection engines which will be mated to either a standard manual transmission or the PDK 7-speed double clutch system. Rumours even mention a less-powerful 3.0-litre engine for the 911. Power will be directed to the rear wheels or to all four in the 4WD models.