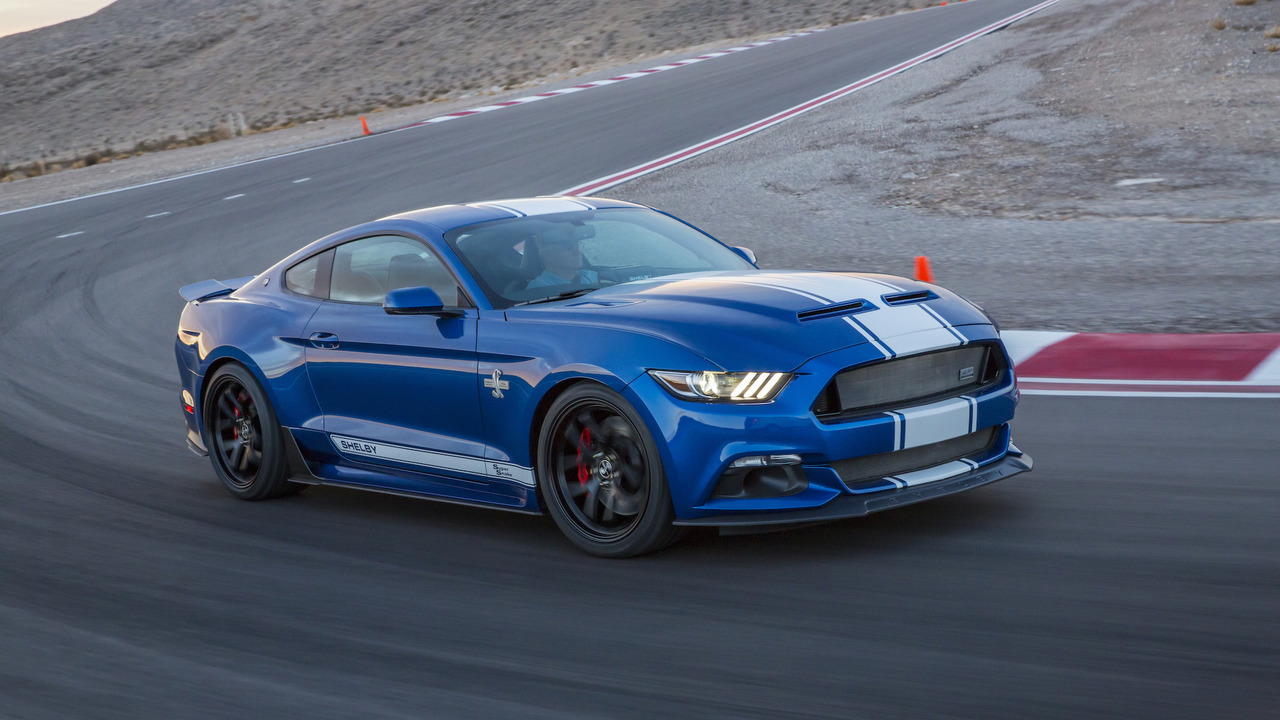 A new snake is ready to hit the streets. At Barrett-Jackson's Scottsdale auction, Shelby American introduced its 2017 50th Anniversary Shelby Super Snake. It comes with as much as 750 horsepower (559 kilowatts) and has a starting price of just $69,995.

Only 500 examples of the new Super Snake will be available globally, so if you want one, you better act quick. Each car will honor the 50th anniversary of the original, which was unveiled back in 1967. Based on the 2017 Mustang GT, Shelby supercharges Ford’s 5.0-liter V8 to produce 670 horsepower (449 kilowatts), with an option to add 750 horsepower (559 kilowatts) thanks to a more powerful Whipple or Kenne Bell supercharger.

The result is a car well worthy of the designation "Hellcat Killer." From a standstill, it will hit 60 miles per hour (96 kilometers per hour) in just 3.5 seconds, and blast down a quarter-mile drag strip in 10.9 seconds. A Shelby cooling package assures things don’t get too hot under the hood, while new Ford Performance half shafts and a one-piece drive shaft further adds to its performance credentials.

"We compared the groundbreaking 1967 and 2007 model Super Snakes to other cars of their era when setting the performance parameters for our anniversary model," said Shelby American's new President Gary Patterson. "The new Super Snake matches those cars’ competitive advantages. The newest Super Snake is both extraordinarily fast and a thrill to drive. In a world filled with sterile cars, it’s a throwback to a time when people enjoyed driving."

The exterior, though subtle, retains that iconic Shelby style with upgrades like a new hood, rockers, spoilers, splitters, grilles, fog lights, and rear tail panel and diffuser assembly. All of the exterior bodywork was modeled digitally using CAD, with nearly all Shelby-exclusive components developed and tested alongside the manufacturers. The two seen here wear the iconic Shelby blue and white motif.

The interior also gets some freshening up, including anniversary logos on the seats and floor mats, special door sill plates, a new gauge cluster with exclusive Shelby by Automater wireless gauges, and an official Shelby Serial number on a dash plaque.