This is the latest among several fines against the automaker for its handling of the massive recall.

General Motors will pay a $1-million civil settlement to the United States Securities and Exchange Commission over the automaker’s accounting practices surrounding its 2014 ignition switch recall. According to the government’s market regulator, the firm’s system didn’t let accountants begin determining the cost of these repairs in a timely manner.

GM’s accountants didn’t find out about the defective ignition switches until November 2013, despite other people in the company knowing about the issue as early as spring 2012, according to the SEC's investigation. By not knowing about the problem for several months, the firm’s financial experts weren’t able to calculate the losses from a recall during that time. This is a violation of the Securities Exchange Act “by not devising and maintaining a sufficient system of internal accounting controls,” according to the SEC. 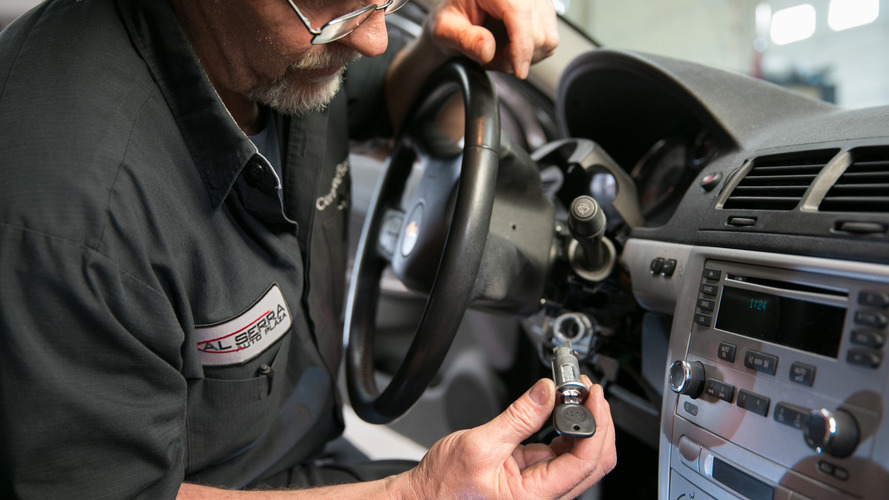 While GM consents to pay the government, the automaker doesn’t have to admit any wrongdoing. “The SEC settlement does not call into question any of GM’s current or prior financial statements or its disclosures. Also, no material weakness or significant deficiency was found by the SEC,” the company said in the statement.

Over the course of 2014, General Motors issued multiple recalls for faulty ignition switches that when jostled could shut off the engine, including deactivating the air bags. The scale of the safety campaign eventually totaled over 11 million vehicles in the U.S. The company’s compensation fund for injured owners identified 124 deaths from this dangerous problem.

In addition to this $1-million settlement, GM has also faced financial penalties from other government agencies in the U.S. For example, the National Highway Traffic Safety Administration fined the firm $35 million in May 2014, and the Department of Justice slapped the automaker with a $900-million punishment. The company’s own victim compensation fund paid out $594.5 million, too.

Print     Email    Word     Add This
DETROIT – General Motors Co. (NYSE: GM) announced today that it has resolved a U.S. Securities and Exchange Commission investigation arising from the company’s 2014 ignition switch recalls by consenting to an administrative SEC Cease and Desist Order, without admitting or denying any wrongdoing.

The SEC settlement does not call into question any of GM’s current or prior financial statements or its disclosures.  Also, no material weakness or significant deficiency was found by the SEC.

Since the ignition switch recall, GM has been proactively and successfully resolving ignition switch issues with customers and regulators at both the state and federal level. GM will pay a civil penalty of $1 million as part of the settlement.

In the months immediately following the ignition switch recall, GM reorganized its vehicle engineering teams for greater transparency, urgency and accountability. This included creating a new global vehicle safety organization that is focused on executing zero-defect safety systems for vehicles and customers.

The safety organization includes an industry-leading emerging issues and data analysis team and a re-engineered field investigation process. The company also created a “Speak Up For Safety” program that provides all employees and suppliers an opportunity to report or suggest any potential safety related items.

General Motors Co. (NYSE:GM, TSX: GMM) and its partners produce vehicles in 30 countries, and the company has leadership positions in the world's largest and fastest-growing automotive markets. GM, its subsidiaries and joint venture entities sell vehicles under the Chevrolet, Cadillac, Baojun, Buick, GMC, Holden, Jiefang, Opel, Vauxhall and Wuling brands. More information on the company and its subsidiaries, including OnStar, a global leader in vehicle safety, security and information services, can be found at http://www.gm.com.

FOR IMMEDIATE RELEASE
2017-19
Washington D.C., Jan. 18, 2017 —The Securities and Exchange Commission today announced that General Motors has agreed to pay a $1 million penalty to settle charges that deficient internal accounting controls prevented the company from properly assessing the potential impact on its financial statements of a defective ignition switch found in some vehicles.

According to the SEC’s order, when loss contingencies such as a potential vehicle recall arise, accounting guidance requires companies like General Motors to assess the likelihood of whether the potential recall will occur, and provide an estimate of the associated loss or range of loss or otherwise provide a statement that such an estimate cannot be made.  The SEC’s order finds that the company’s internal investigation involving the defective ignition switch wasn’t brought to the attention of its accountants until November 2013 even though other General Motors personnel understood in the spring of 2012 that there was a safety issue at hand.  Therefore, during at least an 18-month period, accountants at General Motors did not properly evaluate the likelihood of a recall occurring or the potential losses resulting from a recall of cars with the defective ignition switch.

“Internal accounting controls at General Motors failed to consider relevant accounting guidance when it came to considering disclosure of potential vehicle recalls,” said Andrew M. Calamari, Director of the SEC’s New York Regional Office.  “Proper consideration of loss contingencies and assessment of the need for disclosure are vital to the preparation of financial statements that conform with Generally Accepted Accounting Principles.”

Without admitting or denying the charges, General Motors consented to the SEC’s order finding that the company violated Section 13(b)(2)(B) of the Securities Exchange Act by not devising and maintaining a sufficient system of internal accounting controls.