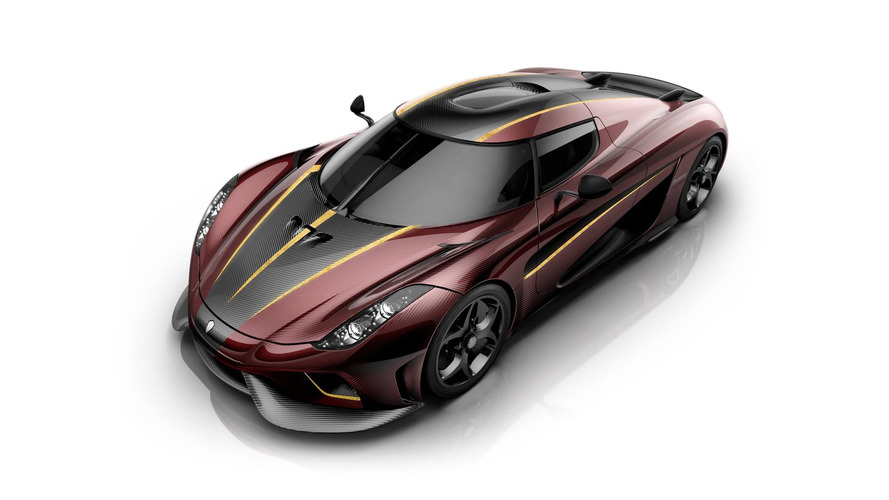 Last week, Koenigsegg’s copywriter Steven Wade shared his vision on the company’s official Facebook page of a purple Regera paying tribute to the late Prince. Now, a second livery has been published on the same media channel and this time it represents the work of Johan B., Sales Director for continental Europe and the Nordic countries.

He decided to go with a Bordeaux-tinted carbon fiber exterior finish combined with a clear carbon center section adorned with god leaf striping. The Regera has the same carbon fiber wheels as the one presented last week, only this time behind them the brake calipers are painted in grey rather than white.

Stepping inside the cabin, Johan envisioned his ideal Regera with a “creamy cappuccino / coffee” combo to continue the theme applied on the outside. To further create a connection between the body and cabin, there’s carbon fiber on the center console, steering wheel column, door panels, and also around the air vents.

Koenigsegg doesn’t have an online configurator for the Regera at the moment for everyone with an Internet connection to play with, but the good news is the Swedish niche marque mentions it will have one up and running “hopefully in the not-too-distant future.”

The Regera is that type of car that probably looks amazing even in the most boring color, like plain silver. We know for sure in red attire it’s an eye-grabber after seeing it at the 2016 Geneva Motor Show, while the concept shown a year before that had a lovely baby blue paint.

There aren’t going to be too many Regeras out on the streets taking into account Koenigsegg is making only 80 units at its facility in Ängelholm, but at least pretty soon we’ll be able to dream about owning one by using the configurator to create our perfect design…