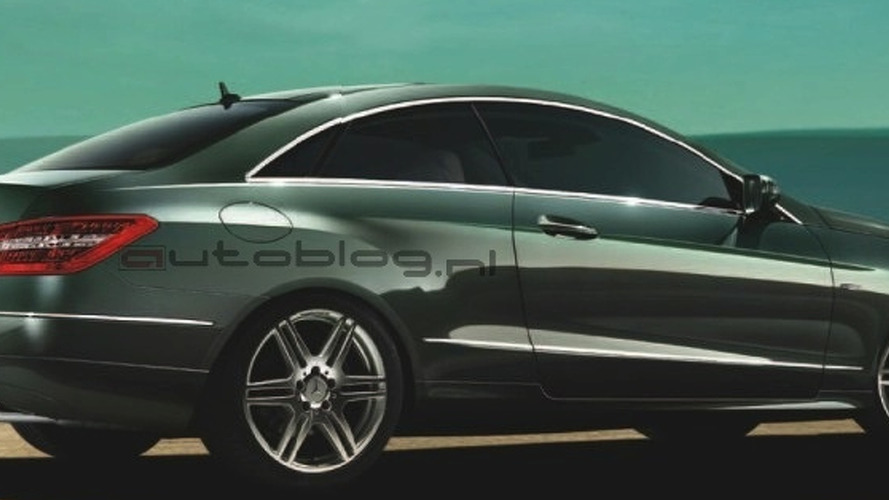 Official pictures of the 2010 Mercedes-Benz E-Class Coupe have been leaked out. The pictured car is wearing AMG kit and features LED foglights as well as a rear air diffuser.

Leaked! Official images of the new Mercedes-Benz E-Class Coupe have just been unofficially unveiled by the guys at AutoBlog.nl who are quite happy about that particular development. For many months the car has been spied and photographed during different phases of its development hidden under various grades of cammo. Mercedes-Benz is expected to officially reveal the car in the sheet metal at the 2009 Geneva Motor Show. But for now these are some of the official pictures.

Previously known as the CLK, the new E-Class Coupe has gone to great lengths in order to make itself more attractive to a younger buyer. Lots of straight sharp exterior lines and concave/ convex bodywork will establish it as something of a fresh take on the coupe for Mercedes. The front is dominated by a twin-blade chromed grille with a huge Mercedes-Benz three-point star plastered over it. The lower grille features a sporty mesh design flanked by two LED slits on both sides. Overall it gives the impression of either an AMG model or AMG kit. We are inclined to choose the latter because of the two tailpipes instead of four as found in the current CLK 63 AMG. This car even features an integrated rear diffuser and what appears to be rear LED lights.

Inside the typical four-seater set up is found. The seats themselves are covered in leather and look to give good lateral support when cornering. The dashboard is covered with leather and wood while touches of a brushed aluminium-looking material are fitted on to the steering wheel, gearshift casing and some control knobs.