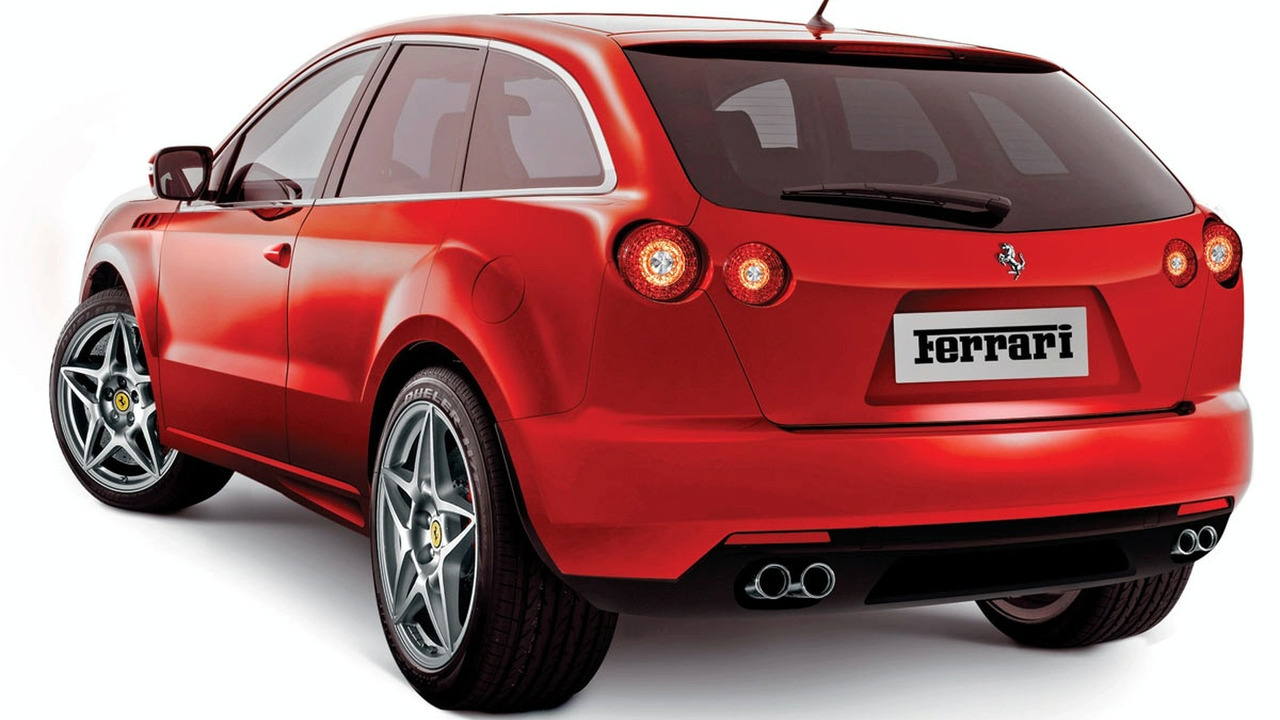 These are new artist renderings of a Ferrari SUV. The vehicle is scheduled to appear in public for the first time at the 2010 Geneva Motor Show.

A Ferrari SUV might take some getting used to. The idea has been around for some years and this is the freshest artist rendition. It's an SUV by the definition of a vehicle with four doors, raised ride height, mostly fitted with a 4WD system and takes the shape of a station wagon/ tourer.

The vehicle with the codename "Ferrari FS 599 Fuoristrada" will be constructed out of aluminium and carbon fiber composites for weight-efficiency. Engines come from the naturally aspirated V8 found in the California and the 599 GTB's V12 powerplant. They produce in excess of 400hp and 600hp each respectively. While the latter's figure seems slightly excessive, Ferrari will not manufacture an SUV that will deliver average performance. It has to be the most powerful and by extension the fastest around.

Renderings of a Ferrari SUV have appeared before based on speculation that the Italian company was working on its first ever SUV. At the time Porsche was riding high with the great success of its Cayenne and premium brands like Mercedes-Benz and BMW had been building MLs and X5s for years before.

The Ferrari on high boots had been slated for a 2010 Geneva Motor Show debut but as things stand in the world economy there's no clear direction as to whether the project is still going ahead or not. With the recent announcement of an alliance with Ferrari parent Fiat and Chrysler LLC of America new possibilities have arisen. Such possibilities include a common SUV platform that can be shared with Jeep, Alfa Romeo and Ferrari itself. Product assembly could even be in the US just like Mercedes with the old ML and BMW with the X5 and X6.