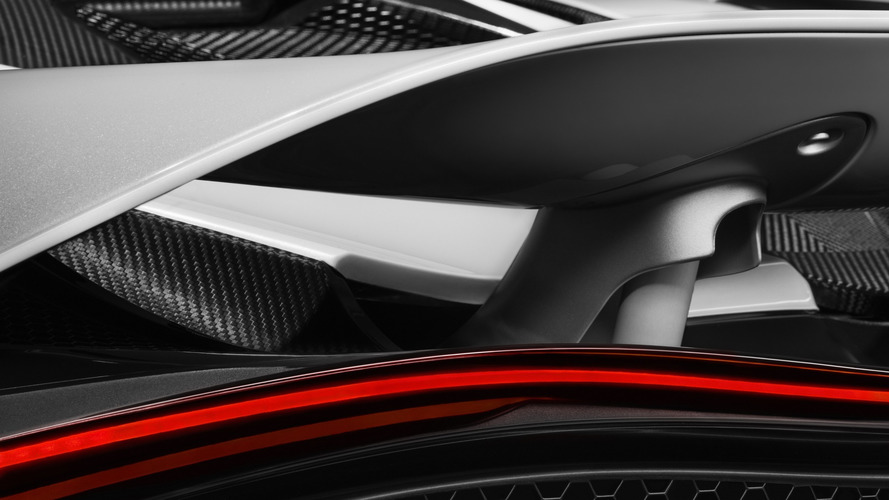 Heading to Geneva Motor Show with an active rear wing incorporating an airbrake.

Even though it’s only approximately three years old, the 650S is about to be retired in order to make room for McLaren’s second generation of the Super Series. Codenamed “P14,” the new supercar from Woking promises to double the aerodynamic efficiency of its predecessor and at the same time generate 50 percent more downforce.

Partially responsible for the car’s increased sleekness will be the newly developed active rear wing extending over the entire width of the rear end. It automatically moves upwards to boost aerodynamic efficiency when necessary and it also doubles as an airbrake that deploys in less than half a second to optimize the car’s balance while braking from higher speeds.

In the previous teaser released at the beginning of the year, McLaren announced the 650S’ replacement will shave off 40 pounds (18 kilograms) thanks to its new carbon fiber Monocage II body structure to enable a dry weight of just 2,828 pounds (1,283 kilograms).

The P14’s new dihedral doors will provide a wider cabin entrance and are going to feature two individual air ducts built into the door structure. One will be in charge of channeling the air into the radiators that cool the engine while the other will draw the air out of the front wheel arch to enhance downforce.

Speaking of the engine, McLaren isn’t willing just yet to reveal technical specifications about what will power its next gem. Some say the car will be called “720S” based on the fact it will allegedly use a reworked version of the biturbo V8 with as much as 720 hp (537 kW) and the displacement increased from the current 3.8 to 4.0 liters. However, we’re taking these rumors with the proverbial grain of salt.

It’s better to wait for the Geneva Motor Show set to open its doors to the press on March 7th, although an online reveal might occur a few days earlier. One thing is for sure, the design is not much of a mystery anymore since the car has already been caught without any sort of disguise.

A sculpted, technical yet beautiful body shape and advanced aerodynamic technologies combine to provide the foundation for the enhanced aerodynamic performance of the second-generation McLaren Super Series.

The new McLaren supercar, which will be unveiled on March 7 at the 87th Geneva International Motor Show, is twice as aerodynamically efficient as the McLaren 650S, with increased downforce and improved cooling among the engineering imperatives for the new generation.

“The second-generation McLaren Super Series will be as aerodynamically impressive as it is visually beautiful,” commented Mark Vinnels, Executive Director - Product Development, McLaren Automotive. “A range of advanced aerodynamic technologies contributes to maximum generated downforce over 50% greater than that of the McLaren 650S and ensures truly outstanding levels of grip and stability. We have also markedly improved cooling efficiency, with a 15% gain overall and a particular focus on airflow to the engine’s high temperature radiators through a unique new design of dihedral door.”

An active wing that extends over the full rear width of the second-generation McLaren Super Series moves upwards and increases in angle to optimise aerodynamic efficiency and also deploys to its most extreme angle as an airbrake in less than half a second, optimising balance when braking from speed.

The new dihedral door design of the second-generation Super Series showcases McLaren’s innovation and engineering expertise. Two separate air ducts are integrated within the door structure; one forces air from the top of the door down into the High Temperature Radiators that cool the engine, while the other draws air out of the front wheel arch to create increased downforce. This further enhances the diffuser technology first seen in the McLaren P1TM.

Full details of the second-generation Super Series will be confirmed in March, when further images and pricing will also be available.