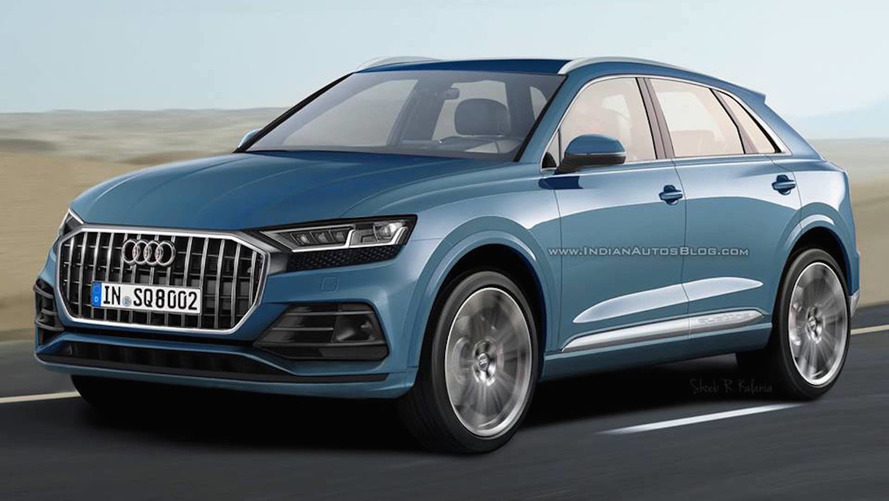 It’s the large and lovely Audi SUV you never knew you needed.

If you liked the look of the Audi Q8 coupe concept in Detroit, then you’re bound to like this latest rendering. Artists at SRK Designs transformed the Audi SUV from concept to production, tweaking its design along the way.

The most noticeable change comes to the exterior. The bright blue finish has been replaced with a more factory-friendly shade of blue, which gives the rendering a more production-like look overall. The "floating roof" feature also carries over from concept to production.

Though the rendering doesn't put forth a proposed interior, the interior on the Detroit concept should do just fine. Audi's virtual cockpit and digital instrument cluster pair with a simple set of touchscreen controls. Not forgetting the carbon fiber accenting on the dash and white leather seats.

The grille has been overhauled as well, forgoing the vertical stripes seen on the concept in place of a pure horizontal setup and doing away with some of the silver accenting on the grille and lower fascia. The rear is less sloped, and the wheels are more in line with the rest of the lineup. The entire package looks like an appealing addition to Audi’s growing SUV range.

Though the Q8 concept hasn’t been confirmed for production, it features a 3.0-liter turbocharged engine paired to an electric motor that brings the total output to 443 horsepower (330 kilowatts) and 516 pound-feet (700 Newton-meters) of torque. Audi says that with Quattro all-wheel drive equipped, it can race to 62 miles per hour (100 kilometers per hour) in just 5.4 seconds and continue on to an electronically limited top speed of 155 mph (250 kmh).

Whatever the case, the rendering seen here gives us our best look at a possible production-ready Q8 SUV. Let’s hope that Audi brings this handsome face to market sooner than later.