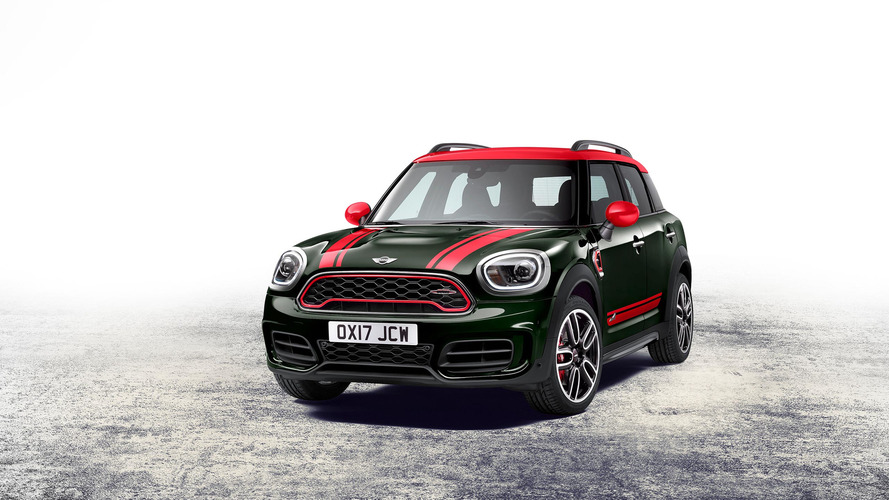 Mini's take on the performance-tuned compact crossover arrives at dealers in the United States in April.

Mini’s 2018 Countryman now gets the high-performance John Cooper Works treatment. As the latest entry in the burgeoning segment of mildly sporty compact crossovers, you can think of Mini’s hotter CUV as the vehicle for hot hatch fans who are growing up and now have a family to haul around.

Like other members of the JCW lineup, the spicier Countryman uses a turbocharged 2.0-liter four-cylinder with 228 horsepower (170 kilowatts) and 258 pound-feet (350 Newton-meters) of torque. The standard gearbox is a six-speed manual, but buyers can also spec an optional eight-speed automatic. Regardless of the gearbox, the power routes to an all-wheel drive system. Mini claims that this performance-oriented compact crossover can sprint to 60 miles per hour (97 kilometers per hour) in 6.2 seconds with either transmission and can reach a top speed of 145 miles per hour (233 kilometers per hour). An exhaust with a controllable flap also lets drivers enjoy a more aggressive sound when they’re feeling rambunctious.

The Countryman JCW can handle twisty roads thanks to a more aggressive suspension setup and Brembo four-piston brake calipers for the front wheels. Dynamic Damper Control gives the driver even more options by firming up in the Sport setting or providing a compliant ride when cruising.

Opting for the JCW also gives buyers performance-oriented tweaks to the Countryman’s looks. A new front fascia features larger intakes and LED headlights are standard. A roof spoiler clings to the back. JCW buyers can also get an exclusive combination of Rebel Green exterior paint with Chili Red accents (seen here). Inside, occupants sit in heavily bolstered sport seats and can enjoy the view out a panoramic sunroof. A 6.5-inch infotainment screen comes standard with a rearview camera. An 8.8-inch system with navigation is an option, too.

Mini will give the Countryman JCW its public debut at Shanghai Motor Show in April. Sales in the United States will begin the same month, but the company won’t discuss prices yet. 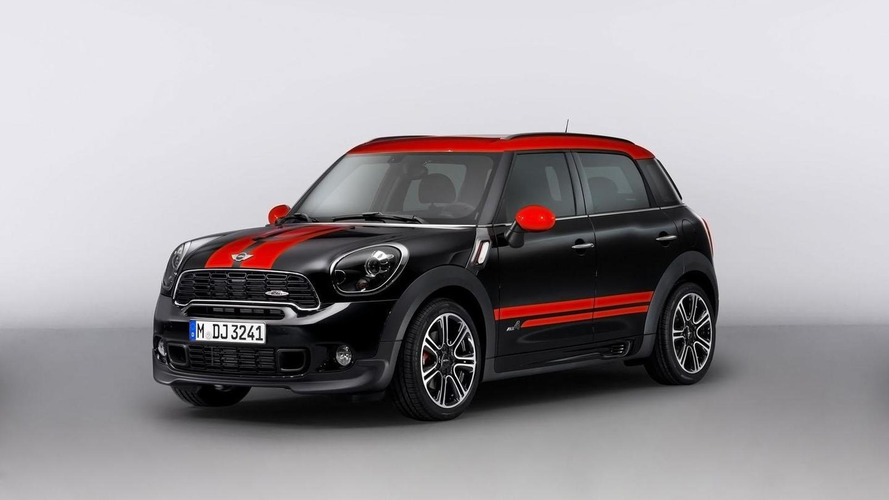