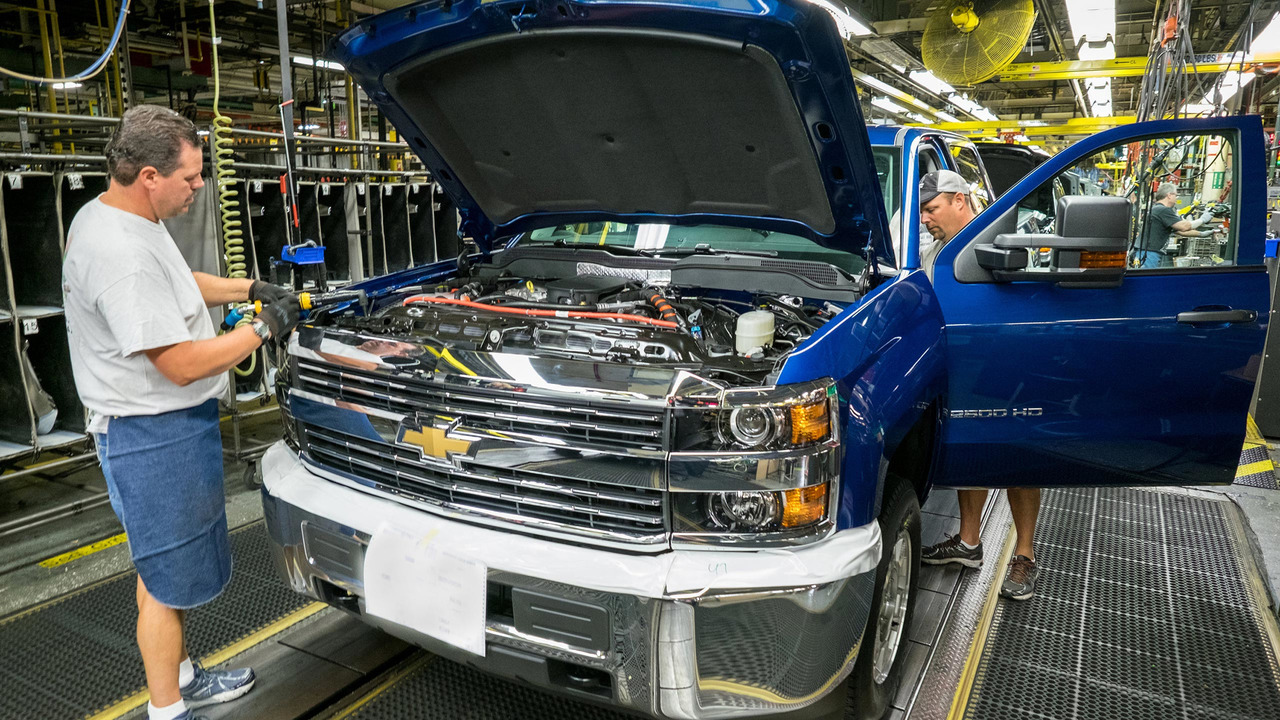 The company says the money will allow it to create or retain 1,500 jobs in the U.S.

General Motors is the latest automaker to announce moving manufacturing out of Mexico and into the United States. The company is also investing $1 billion into its American factories.

Axles for the next-generation of GM’s full-size pickups will come from Michigan instead of Mexico. According to the General, the change will add 450 jobs in the state. An unnamed supplier for the new trucks will also shift 100 manufacturing jobs to the Mitten State instead of building the parts south of the border.

The $1 billion in fresh investment will mean 1,500 new and retained jobs, according to the General. The money will “cover multiple new vehicle, advanced technology and component projects,” and the automaker will announce the specific sites getting the updates throughout the rest of 2017.

“As the U.S. manufacturing base increases its competitiveness, we are able to further increase our investment, resulting in more jobs for America and better results for our owners,” GM Chairman and CEO Mary Barra said in the venture’s announcement.

Ford and Fiat Chrysler Automobiles have made similar announcements about shifting manufacturing to the U.S. from Mexico. For example, part of a $1-billion investment by FCA will mean production of the Ram 2500 and 3500 HD pickup at its Warren Truck Assembly factory rather than the Saltillo Truck Assembly Plant in Coahuila, Mexico. The Blue Oval also cancelled a $1.6 billion plant in San Luis Potosi, Mexico, and shifted $700 million of the planned investment into updating factory in Flat Rock, Michigan, including the promise of adding 700 jobs there.

President-elect Donald Trump has been vociferously opposed to any corporation shifting manufacturing jobs to Mexico from the U.S., and that ire has especially been aimed at automakers. Trump has threatened to withdraw the country from the North American Free Trade Agreement and levy high tariffs on Mexican-made goods. The President-elect has even gone after foreign marques like Toyota for building plants there.