Porsche Panamera Gets Stuck in Snow During Testing 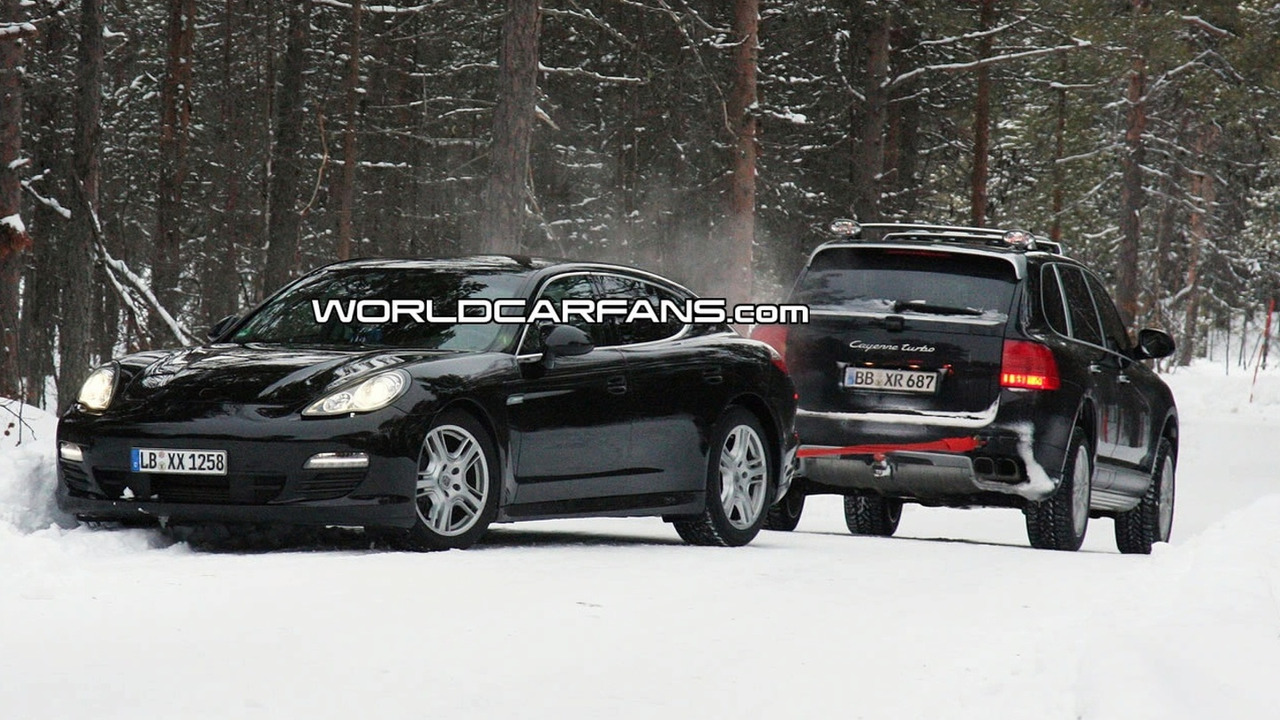 We’ve all had bad days at the office but the test driver of this Porsche Panamera probably wishes a quick acting spy photographer wasn’t lurking around the corner to catch this candid shot.

We've all had bad days at the office but the test driver of this Porsche Panamera probably wishes a quick acting spy photographer wasn't lurking around the corner to catch this candid shot.

Undergoing final winter testing ahead of the sedan's official launch at the Shanghai Auto Show this April, the Panamera lost control and ended up in a snow bank. Our ever courteous photographer kindly offered assistance but the driver declined instead preferring to be towed out by a comrade in Cayenne.

When it goes on sale later this year expect the new model to feature a variety of engine choices ranging from a V6 with around 300 horsepower to a twin-turbo V8 with about 500 horsepower. A hybrid will also join the lineup while a diesel version is possible but so far no official word has come down from Porsche. All cars will come standard with a six-speed manual transmission while the company's new seven-speed dual-clutch PDK transmission will be optional.

Designed as a four-door coupe, the new model offers the practicality of a hatchback but in the eyes of many the styling compromise needed to increase functionality came at to high a price. Inside individual rear seating restricts the number of backseat passengers to two, but at least they are greeted by nicely contoured seats that should prove comfortable and spacious.

The company predicts an annual sales volume of 20,000 units but judging by the current state of affairs in the automotive industry that could be a bit optimistic. Expect the Panamera to hit dealerships this August with pricing information and additional details to be released closer to launch.

Gallery: Porsche Panamera Gets Stuck in Snow During Testing