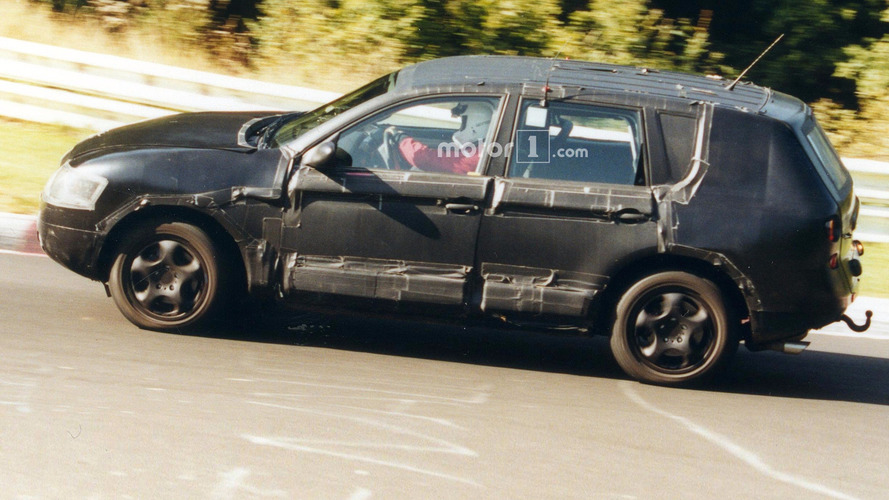 [Update] And the answer is... First-gen VW Touareg. The record it managed to take down was for the heaviest load towed by a passenger car with a V10 TDI model pulling a Boeing 747. It happened in 2006, but the Nissan Patrol Y62 improved the record in 2013 after towing an Ilyushin II-76 cargo plane.

Motor1 in all of its regional editions is posting fresh spy photos of upcoming models on an almost daily basis since we know most of our readers have a soft spot for this type of content. For the very same reason, we have decided to inaugurate a new weekly series of articles based on a single spy shot depicting an unmarked test vehicle from yesteryear.

We are kicking things off with a heavily camouflaged prototype of an SUV from either the late 1990s or the early 2000s while stretching out on the Nürburgring (where else?) in Germany. The vehicle was early in the testing phase judging by the provisional lighting clusters and also by the fact that virtually all of its body panels were hidden under thick plastics. It also had a roll cage inside the cabin, thus indicating the test driver was putting it through its paces on the Green Hell to make the necessary optimizations before the production model’s launch.

As you can imagine, we are not going to share a lot of details about the vehicle in question because too many spoilers would reveal the car’s identity and basically ruin the quiz. The only fact we can share is that during its life cycle it managed to establish a new world record for a passenger car, but it was dethroned several years later by another SUV manufactured by a different automaker.

The answer to the riddle will be published tomorrow and each week we will update the attached gallery with a new spy photo. Just to get an idea of what to expect from the second episode, next week we will have a large sedan caught on camera while undergoing testing during winter.

Give us your guesses as to the identity of this vehicle, in comments below.

We’ll be posting Spy Photo Trivia to our FB and Twitter accounts, too, so feel free to follow us and respond there, if social media is your thing.