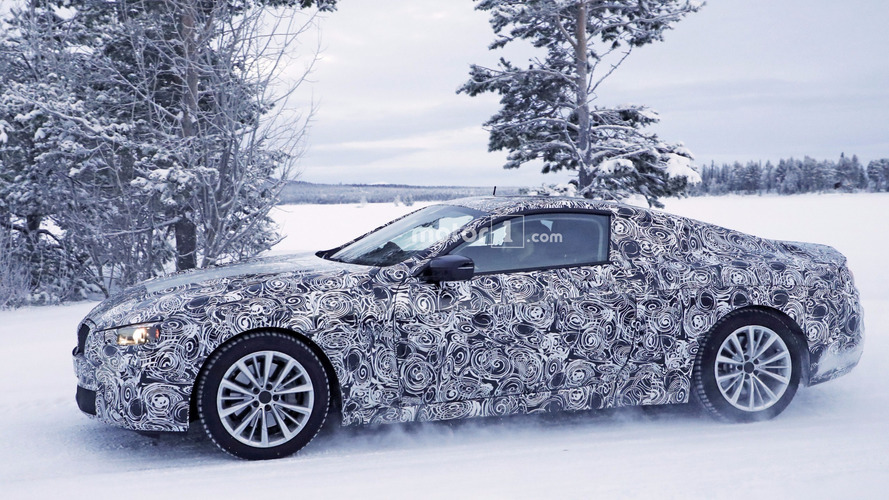 The cabrio might be hiding a metal roof underneath its fabric top.

Recently refreshed for the 2018MY in United States, the dynamic Bavarian duo in its next iteration was caught testing in a winter wonderland hiding its sleek body underneath camouflage applied onto fake body panels. If that seems familiar, the X7 spotted earlier today had the same double disguise. Despite the heavy camo, it is quite easy to notice the roofline will be more raked towards the back when compared to the current 6 Series, thus lending the cars a more attractive side profile.

As you are probably aware by now, there’s an ongoing debate whether the next 6 Series will keep the same moniker or it will be prompted to the 8 Series family. With each new batch of spy shots, we’re leaning towards “6” rather than “8” since the prototypes don’t seem to be large enough to be worthy of the higher number. As a matter of fact, our spies are telling us the test vehicles were roughly the same size as the current models, if not even a little bit smaller.

Of the two vehicles, the convertible is more interesting because it might be hiding a metal roof underneath the soft top. The rear window looks rather strange and there seems to be metal around it, while the black canvas appears to be sitting over the roofline rather than being integrated. That being said, it would turn out to be a very large electrically retractable folding hard top, adding weight and complexity as well as eating into the trunk’s capacity.

Both models will ride on BMW’s flexible CLAR platform shared with the next-gen 5 Series Gran Turismo, which is said to move upmarket and become a member of the 6 Series family. Engines and gearboxes will be borrowed from the latest 5 Series, itself a model riding on the same platform.

The lack of production-ready headlights and taillights is a sign the vehicles are still in the first half of the testing phase, so the next-gen 6 Coupe and Convertible will not come out very soon. The coupe will be the first to see the light of production day, most likely at some point next year. The droptop counterpart should follow within a year.