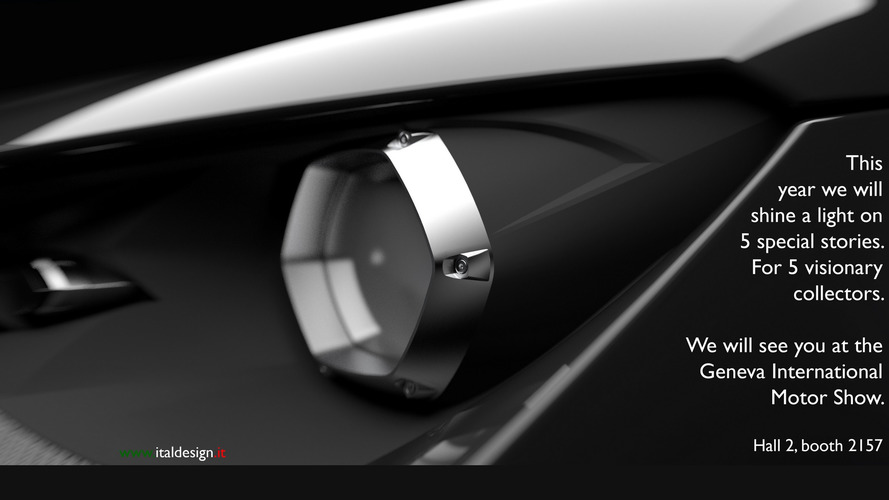 Second teaser image reveals what seem to be hexagonal headlights.

The VW-owned Italian design house wowed the audience gathered at the 2016 Geneva Motor Show with the stunning GTZero electric shooting brake concept. Now, Italdesign is gearing up for this year’s event where it will show what we believe will be an electrified car judging by the first teaser image released almost a month.

In the second teaser photo published today, Italdesign is providing a first glimpse of what seem to be the car’s high-tech headlights featuring a hexagonal shape. The front lighting clusters likely employ LEDs and we won’t be too surprised if these also benefit from Audi-sourced laser technology as it was the case with the stunning Gea concept exhibited two years ago at the same Swiss auto show.

The teaser also includes a rather interesting message: “This year we will shine a light on 5 special stories. For 5 visionary collectors.” This could mean the Geneva showcar will actually be produced in a limited series of five cars tailor-made to the customer’s specifications. The use of the word “collector” implies we’re dealing with a car available for purchase, while the repeated use of “5” suggests the quantity. At least that is how we’re seeing things. Five different cars in only a year seems a bit of a stretch, so we’re likely dealing with just one available in five flavors.

Keep in mind Italdesign’s CEO, Joerg Astalosch, did reveal back in July last year in an interview with Automotive News Europe plans to join forces with automakers to create one-off models, where one-off refers to “from one to below 100 units.”

The 87th Geneva Motor Show will open its doors for the press on March 7th, so we won’t have to wait much longer to find out what Italdesign has been cooking up over the past 12 months. Meanwhile, expect more teasers to emerge in the following weeks.