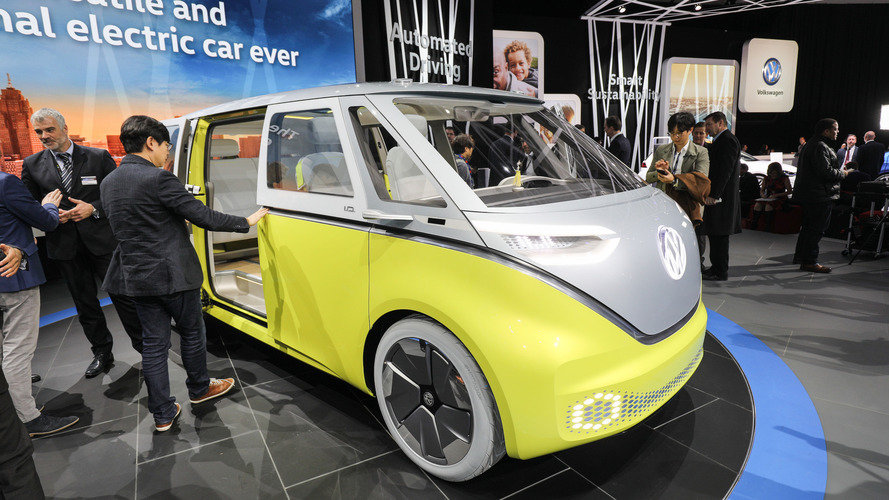 There's even a possibility that the I.D. Buzz could go into production if people have a strong enough reaction to it.

The Volkswagen I.D. family of electric vehicle concepts will grow even larger in 2017 with the introduction of several more show cars with that name. VW will use the concepts to show off its vision for a greener future lineup.

“We are exploring on our electric platform all the concepts that could be done,” Volkswagen sales and marketing boss Jurgen Stackmann told Auto Express. “Next we’ll introduce you to two or three more ideas on the platform in the months to come to show the spectrum and we’ll lay our cards very soon on what we can do.”

Stackmann didn’t offer any hints about the concepts, but Auto Express cites rumors that an SUV and sports car might be among them. Like the original I.D. and Buzz, these vehicles would likely ride on the Modular Electric Drive kit platform for EVs.

The VW I.D. Buzz was one of our least favorite debuts at the 2017 Detroit Auto Show. The vehicle looked quite attractive, but we have gotten tired of the company continually revealing so many Microbus-inspired concepts. The automaker either needs to actually build one of these models or stop showing reworked versions at shows.

However, Stackmann told Auto Express that public reaction was the biggest factor for the Buzz’s potential production. “I think this is the most realistic shot ever at the Microbus coming and we’ll have to see in the next few weeks how big a potential market in the US could be,” he said. “There’s no other market globally where microbus has the emotional pull that it has in the US.”

VW introduced the original I.D. concept at the 2016 Paris Motor Show, and the company said a production version Golf-sized five-door hatchback would arrive in 2020. It would be a major part of the automaker’s ambitious Together – Strategy 2025 plan that outlines the launch of over 30 EVs by 2025 and sell at least two million of them a year.