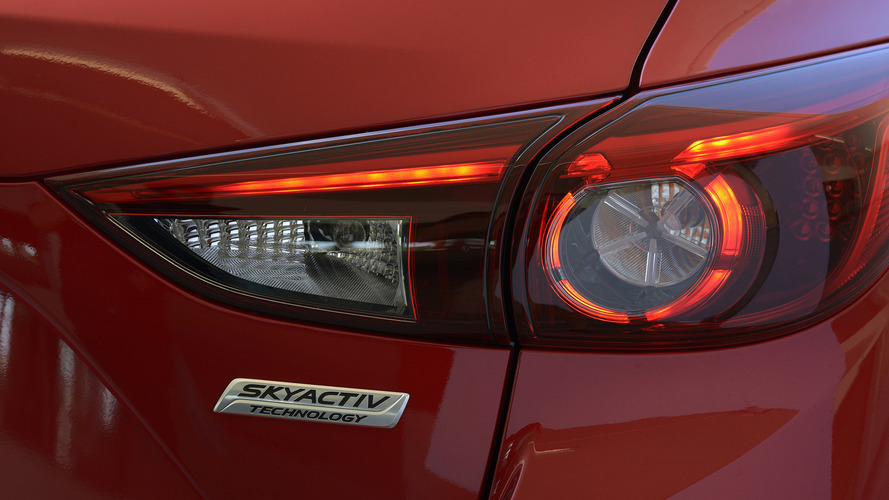 This would be the first time for HCCI to have a mainstream application in the auto industry.

Mazda reportedly has a major innovation for internal combustion engines on the way that could improve fuel economy by as much as 30 percent and lower emissions. Homogeneous charge compression ignition (HCCI) is the complex name for a system that in more simplistic terms involves compressing the mixture of gasoline and air in a cylinder until it ignites, rather than using a spark plug. This combustion method essentially makes a gasoline-fueled engine work in a similar way as a conventional diesel-powered mill.

According to Nikkei, the new powerplant with this cutting-edge technology would arrive in 2018 on an updated Mazda3. It would be part of the brand’s Skyactiv 2 suite of tech for improving fuel economy. This report claims that just the switch to HCCI could let the new model go 30 kilometers per liter, the equivalent of 71 miles per gallon U.S. or 85 mpg U.K.

Mazda executive Mitsuo Hitomi hinted at the advantages of Skyactiv 2 engine during a 2014 interview with Automotive News. He claimed the powerplant would be 30 percent more efficient and said “if we want to dramatically improve fuel economy from here, the only route is through lean burning."

Mazda’s engine would be the first mainstream application of HCCI for automobiles. Automakers have experimented with the tech before, though. For example, General Motors developed a concept powerplant for Saturn and Opel in 2007 that improved fuel economy by 15 percent over the conventional form of ignition. Formula One teams have also been investigating a version of HCCI called Jet Ignition by auto parts supplier Mahle for combining compression ignition and a regular spark plug depending on the which would work best at a given time.

The Japanese automaker is also developing an electric vehicle for 2019 in select markets. Rumors suggest a small-displacement rotary engine might be optionally available as a range extender. The powertrain would be available in an existing vehicle rather than in a dedicated EV.