Next Generation Ford Ka Shows Up in Italian Site 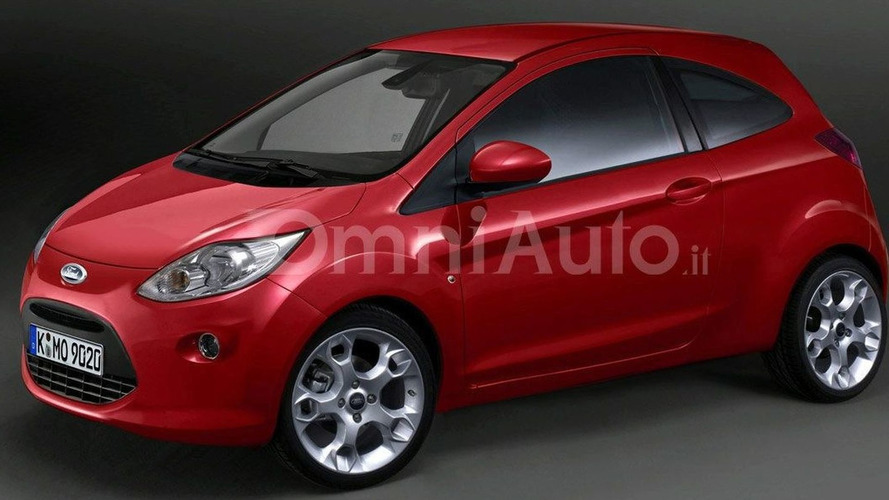 The next generation Ford Ka, based on Fiat 500, has already appeared in many situations, but never in Italy. Until now, at least. OmniAuto.it has made justice prevail with a very nice rendering of Fordâ€™s â€œurbaninoâ€ next generation. Have a look!

The next generation Ford Ka has already appeared in many situations: James Bond’s next movie (no, it did not fell into a lake, that was the other one…), in Southern Europe, close to Nürburgring, in cold weather testing and even at night. Considering it will be built over Fiat 500’s platform, one of the places it should have visited, but where it has not been seen so far, is Italy. Well, OmniAuto.it has made justice prevail with a very nice rendering of the future Ford’s “urbanino”. As far as we know, and we already know a lot about the little car, this image is pretty close to the real final looks.

The new Ford Ka, which will be produced in Tychy, Poland, in the same site where the 500 is built, will not share only the platform with the small Italian icon, but also the engines, a 1.25-litre petrol powerplant and a 1.3-litre Multijet, diesel. More powerful motors will be used in the future, to challenge other “pocket rockets” like Renault Twingo RS and Fiat 500 Abarth, but Ford will surely try to put the Ka apart with a special suspension tuning.

The new small car will debut by the end of the year, possibly with its official presentation at the Paris Auto Show. The press, according to OmniAuto.it, will be introduced to the new car in Novembre. The Italian site does not consider the new vehicle to be as daring as the first generation Ka (we agree with that), but it points out gains in fuel economy, safety and building quality. If it handles as nicely as the almost outgoing model, the "urbanino" will surely have a place in many people’s garages all over Europe.

Gallery: Next Generation Ford Ka Shows Up in Italian Site