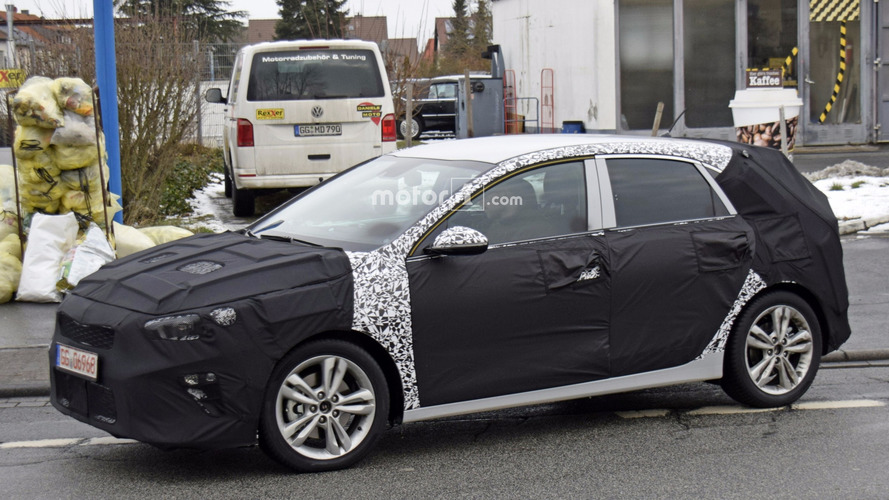 The Kia cee apostrophe d is going through some major changes inside the cabin for its third generation.

The cee’d used to Kia’s best-selling model in Europe, but that’s no longer the case as the Sportage is now the top performer for the brand on the old continent. Even so, the cee’d in all of its flavors (hatchback, wagon, coupe) remains a very important model for Kia and one of the driving forces in Europe where the company’s annual deliveries have surpassed in 2016 the 400,000-unit mark for the first time.

Seen here is the all-new cee’d spotted as a heavily camouflaged prototype of the hatchback with four-point LED headlights and wider taillights featuring a flatter shape. Just like before, the cee’d will be a sister model of the Hyundai i30 from where it will inherit most of the hardware, but not the design. A minor bump in size as it was the case with the i30 is expected, but that won’t increase the car’s weight as the switch to new underpinnings will actually bring along a diet.

Caught on camera for the first time is the interior cabin, which represents a major departure compared to the outgoing cee’d. At the same time, the dashboard layout is also significantly different than what the new i30 has (pictured above on the right). You could say the button layout draws inspiration from the latest Sportage, while the small screen for the infotainment system denotes we’re dealing with a lower-spec variant. Zooming in on the digital display in the instrument cluster partially reveals the car’s design, including the considerably wide taillights.

As far as the oily bits are concerned, just look at the 2017 Hyundai i30’s specs sheet and you’ll get a very accurate idea of what to expect from the Kia-badged version. The biggest news will be the new turbocharged 1.4-liter gasoline engine with 138 horsepower (103 kilowatts) and 179 pound-feet (242 Newton-meters) of torque. Already available in the cee’d GT Line, the turbocharged three-cylinder 1.0-liter unit is expected to solider on with 120 hp, while the entry-level mill will be the naturally aspirated 1.4-liter rated at 100 hp.

On the diesel side, Kia will sell the 2018 cee’d with a 1.6-liter that will likely be available in three states of tune: 95, 110, and 133 hp. Depending on engine choice, the compact model built in Žilina, Slovakia will be offered with a six-speed manual gearbox and an optional seven-speed, dual-clutch transmission.

Kia is expected to debut the new cee’d (Forte in United States) in September at the Frankfurt Motor Show, but only the five-door hatchback. The practical Sportswagon and the sleek pro cee’d are due to come out in 2018. Further down the line, the hatch and the coupe are going to receive the sporty GT treatment.