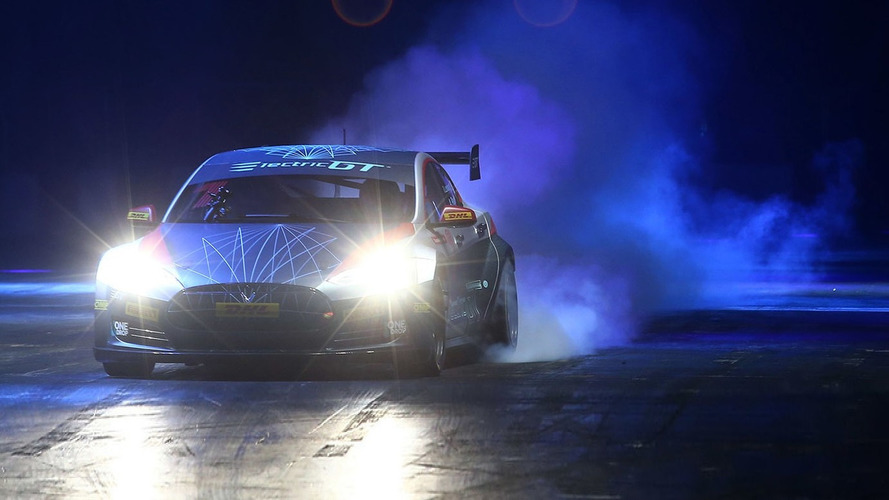 The vehicle started off as a standard P100D, but then the interior was stripped down and some of the hardware was optimized to shave off as much as 500 kilograms (1,102 pounds). The transition from a road-going vehicle to a full-on race car also involved upgrading the suspension, brakes, and adding a roll cage.

Behind the wheel of the car during the unveiling event was 2011 LMP2 Le Mans 24 Hours winner and Electric GT Drivers’ Club’s latest member, Olivier Lombard:

"Driving the EGT Model S was a lot of fun and it’s awesome to see what the future of GT racing looks like. t was a fantastic spectacle for those who watched and with several more performances over the next few days, it’s one the fans certainly don’t want to miss."

The schedule for the first season will include a total of seven races on famous European tracks such as the Nürburgring, Paul Ricard, Assen, and Barcelona, prior to three non-championship races set to be organized in the Americas. Each race weekend will include a 20-minute practice session and a 60-minute qualifying sessions while the main event will consist of a 37-mile (60-km) race during the day and another 60-km race at dusk. Electric GT will have 10 teams and 20 drivers (both male and female), with all set to use the race-ready Model S featuring bespoke Pirelli tires.