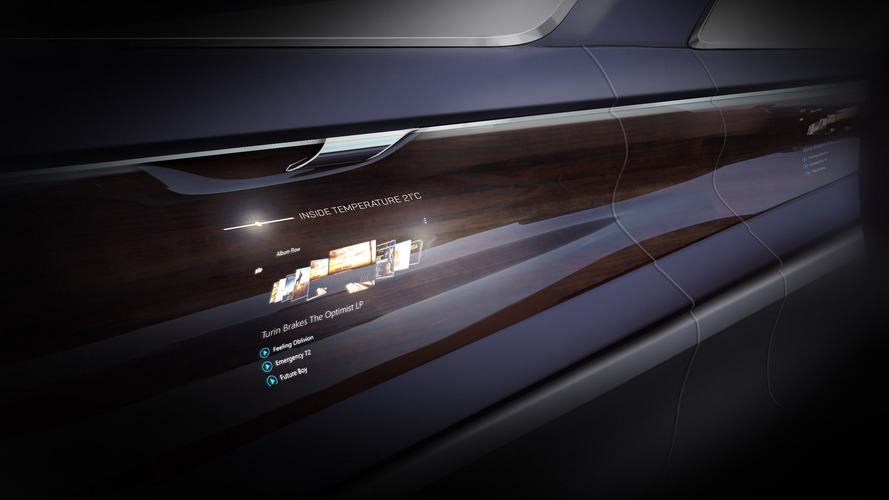 Bentley Motors is doing great these days as the luxury marque delivered a total of 11,023 cars in 2016, up by nine percent compared to 2015. The Crewe-based automaker managed to sell 56 percent more cars in Europe last year, while deliveries in its domestic market rose by 16 percent. 2016 was the company’s fourth consecutive year with sales of over 10,000 cars, and most of them were delivered to export markets since only 15 percent of the vehicles were ordered by U.K. customers.

Looking ahead, Bentley through the voice of its CEO, Wolfgang Dürheimer, previews a major change in luxury mobility. Speaking at the Automotive News World Congress in Detroit, the man in charge at Bentley said the following:

“The next 10 years will be transformational for luxury car makers. We will see customer demographics broaden and change dramatically to incorporate milenials; the rising affluent in developing economies; and members of Generation ‘C’ – the connected generation where attitude, rather than age, is the defining characteristic.”

He also anticipates “an entirely different attitude towards vehicle ownership” and a future in which concierge-style services and global car clubs will play a more important role. Bentley is already providing a taste of things to come by running a three-month trial for a fuel-delivery service in collaboration with Filld, a company that provides an app-based fuel delivery service. The pilot program might be extended in the near future, so more and more Bentley owners will avoid the hassle of having to drive their high-end automobiles to fill them up at the gas stations. In the words of Apple, “there’s an app for that” now.

As for the interior cabin, the British niche marque promises it will implement the latest technologies to further boost the sense of luxury and premium craftsmanship. One way to do that is by overlaying OLED screens across a door’s wood veneers to provide those inside the lavish cabin with access to the car’s heating, ventilation and air conditioning (HVAC) and audio system.

Interestingly, Bentley sees a future in which a global customer network referred to as a “club” is not limited to only a single car. Cadillac already has something along the lines of a premium car-sharing service with its newly introduced monthly subscription service called “Book by Cadillac.” It gives customers the chance to drive an XT5, CT6, Escalade, or a model from V Series for $1,500 per month.

Meanwhile, Bentley has a busy 2017 up ahead seeing as how the all-new Continental GT will be released in the latter part of the year. At the same time, the company is also testing the droptop GTC prior to its 2018 launch and has already announced plans to hybridize all models. Now, if only they would just build the stunning EXP 10 Speed 6 concept…

BENTLEY CEO OUTLINES HIS VISION FOR THE FUTURE OF LUXURY

Addressing the annual Automotive News World Congress in Detroit, USA, Bentley Chairman and CEO, Mr Wolfgang Dürheimer, has outlined his vision for the future of luxury mobility and Bentley’s role in defining it.

Speaking on the subject of changing customer types and tastes, Mr Dürheimer highlighted the seismic changes that face luxury car makers in the near future.

“The next 10 years will be transformational for luxury car makers. We will see customer demographics broaden and change dramatically to incorporate millennials; the rising affluent in developing economies; and members of Generation ‘C’ – the connected generation where attitude, rather than age, is the defining characteristic,” he explained.

“And these future customers will have very different expectations and requirements to the luxury car buyer of today.”

Dürheimer continued: “Our research tells us that they will, for example, demand instant, unobstructed access to technology, information and convenience; have an entirely different attitude towards vehicle ownership; and live in an increasingly urbanised world with all the mobility challenges and opportunities that this presents. At Bentley, we are embracing this change and we are taking a leading role in defining the future of luxury mobility.”

Mr Dürheimer went on to outline how Bentley will engage these new customers in order to future-proof the luxury British brand. “Our belief is that technology on its own is not enough. Technology in isolation is cold and can never be truly luxurious. We must never lose the human touch.”

He revealed that Bentley’s extensive global research suggests luxury customers of the future will value highly tradition, heritage and craftsmanship (the story behind the product) and demand beautiful, high-quality, authentic design – with every material used demonstrating sustainability and serving a purpose.

“As those of you who know our cars and our brand will agree,” Dürheimer explained, “these are all traits that Bentley demonstrates in abundance. In particular the idea of authenticity. There is an unmistakable human touch about what we do; the ‘da Vinci’ in the detail that separates our cars from the rest.”

On the subject of how this approach could be realised in practical terms, Mr Dürheimer identified a number of potential features and ideas that Bentley could potentially introduce in the future.

“I believe there is a big future for more diverse and sophisticated concierge-style services that will enhance the lives of our customers. We are also investigating a global Bentley customer network – a ‘club’ where ownership does not relate to a single vehicle, but rather it entitles you to a luxury mobility solution in selected cities around the world.”

Dürheimer continued: “We will certainly use new technology to enhance traditional and authentic materials in new and contemporary ways. One possible example of this could be to overlay OLED screens across wood veneers. These ultra-thin screens would be invisible except when in use, for example, to control the audio or HVAC systems.”