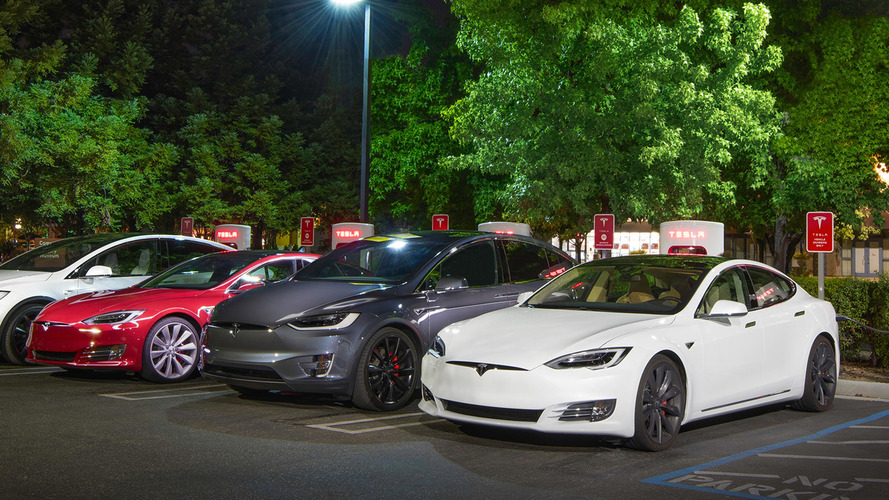 New Tesla owners will be charged a small fee to use superchargers.

Tesla has finally released its pricing structure for its updated supercharger network. The company says that new customers will be charged a "small fee" if they exceed their annual limit, and that pricing will be determined on a state-by-state basis in the U.S. and on a country-by-country basis in Europe.

This is the first time that Tesla has charged users for the service. In preparation for the launch of the Model 3, which will have an estimated range of about 215 miles (346 kilometers), the company hopes that the new fee will help pay for the expansion of the network throughout. Tesla vehicles ordered after January 15, 2017, will get a 400-kilowatt-hour of free supercharging credits, which equates to about 1,000 miles (1,609 kilometers) per year.

To help customers determine their specific pricing models, the company has laid out the details on their website. Depending on the state or country, customers will be billed either per kilowatt-hour, or by the minute. Supercharger information can also be accessed on the in-car touchscreen display.

To give users more perspective on the costs, the company has also laid out a number of road trip scenarios. From San Francisco to Los Angeles, for example, it will cost users about $15. From Los Angeles to New York, meanwhile, it will cost Tesla owners $120. And from Paris to Rome, it will cost about 60.

Currently, the company has more than 795 charging stations located in the U.S. and Europe. Each station typically has room for six to eight cars, and delivers around 170 miles (273 kilometers) of range in just 30 minutes. With the new added fee, the company hopes it can increase that number drastically in just the next few years.