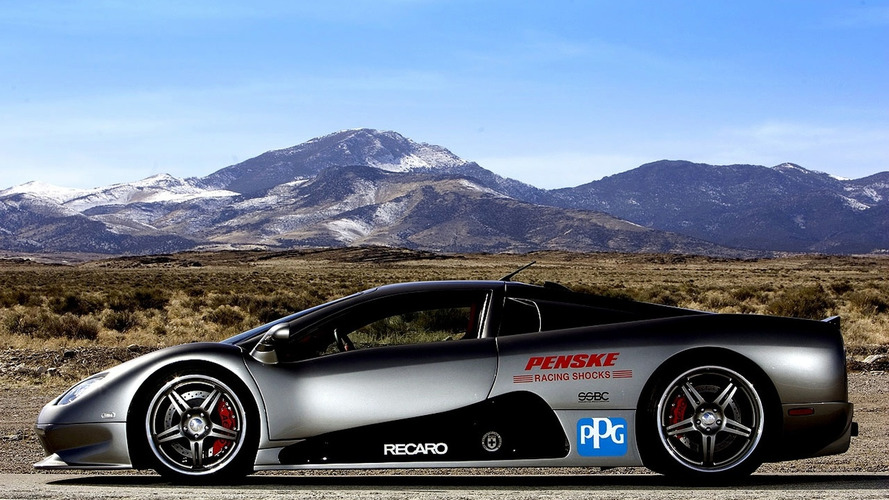 SSC's Ultimate Aero EV supercar moves closer to production, and the company has made bold claims about the efficiency of its scalable electric powerplant and its plans to offer it to high-volume manufacturers.

Shelby SuperCars (SSC) is moving closer to the release date of its all-electric supercar, and has released details that support its claim that this vehicle will revolutionize the electric-car market.

Electric sports cars are nothing new, thanks to Tesla and Fisker, but SSC is confident that its new rapid-charge, high-range, liquid-cooled All-Electric Scalable Powertrain (AESP) will have a wide range of applications. "The all-electric SUV or delivery truck is now a reality in the not-so-distant future," according to SSC's press release.

For the more immediate future, we've got the upcoming Ultimate Aero EV. The nuts and bolts will be revealed in the second quarter of 2009, but SSC claims that the Ultimate Aero EV will be capable of stunning performance with a 150 to 200 mile range. The lithium-ion battery pack used with the AESP can be fully recharged in just ten minutes with a standard 110-volt outlet, according to SSC. Free from the overnight charging requirements of current electric cars, this system could make electric power a viable alternative to gasoline engines, if it works as promised.

SSC says that the AESP can be scaled up, from a 200-horsepower version for passenger cars, to 500 horses in light trucks or SUVs and up to 1200hp for heavy trucks and military vehicles. SSC also claims that the AESP is light weight and compact compared to an internal combustion engine, and that the system can be wholesaled to other manufacturers.
The Ultimate Aero EV will tell us if SSC's claims are valid. The company plans to pursue the title of "World's Fastest Electric Vehicle" with it later this year, and the car could be available for public sale by the end of the year. In light of the extremely bold claims SSC is making, we'll reserve judgment for the moment.