The Stig is Revealed 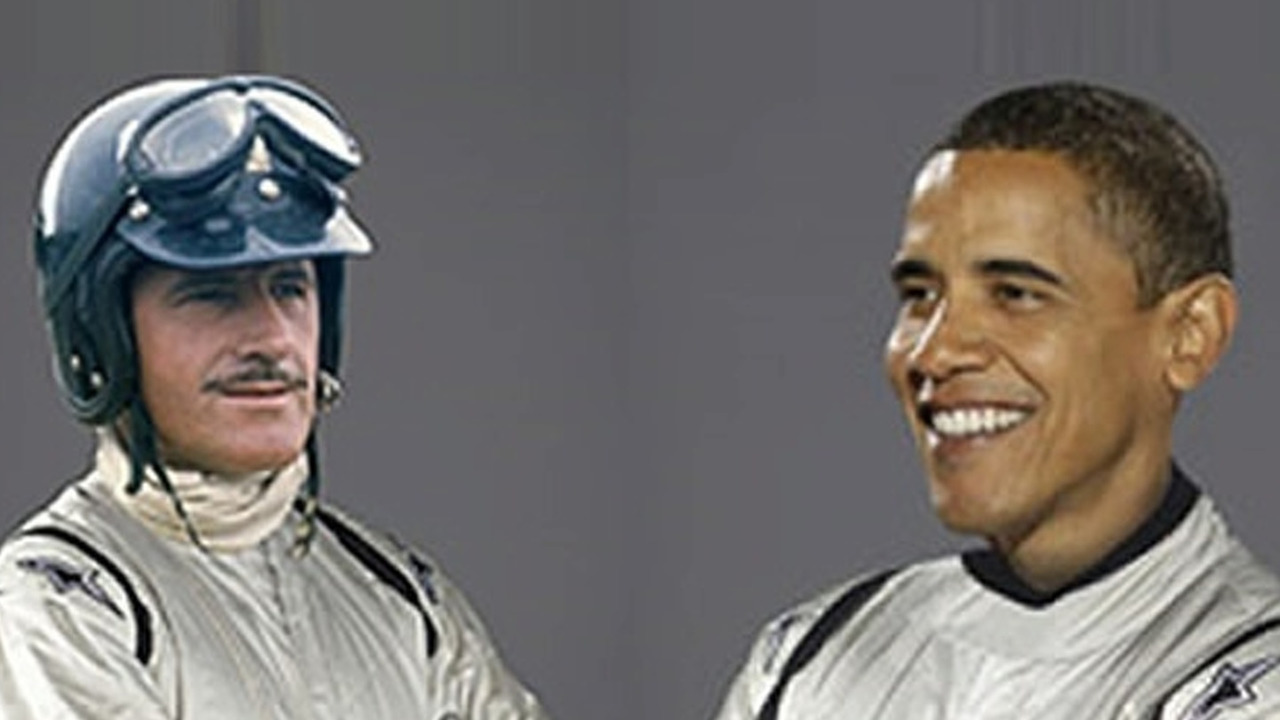 Rampant speculation about The Stig's identity has led to a confirmation from insiders at Top Gear. The truth may terrify you.

Rumors about the true identity of The Stig, a mysterious test driver on television show Top Gear, have been circling around for years.  The grapevine has been particularly chatty in recent months, with speculation ranging from Jenson Button to Damon Hill.

Most recently, Stig was identified as NASCAR and F3 driver Ben Collins.  After ordering a portrait of the ambiguous driver, Collins allegedly confided in the print-maker that it is Collins who is the Stig.  A contractor working at Collins' home told a newspaper that he found the Stig's track suit and helmet in the NASCAR driver's abode.

The Top Gear team and the BBC emphatically denies Collins' involvement.  One spokesman for the show told the Telegraph, "We never comment on speculation as to who or what The Stig is."

But one Top Gear blogger is breaking ranks.  Online columnist The Mole is putting forth several new theories, each backed by a confidential source.  Three such notions were published yesterday, beginning with the legendary Graham Hill.  Mr. Hill supposedly died in a plane crash in 1975 after a career marked by two F1 World Championships, 14 winning races, and 36 finishes on the podium.

One source tells the Mole that Hill, the father of GP World Champion and suspected Stig portrayer Damon Hill, was in on an elaborate plan hatched by the BBC years before the television show's debut.  Sources say the BBC, "asked him to crash a plane and then hide in a bush until he got the call from the Top Gear team 20 odd years later.”

It was the discovery of moustache wax, found inside a Mclaren SLR at the Top Gear test track, that led to the potential break in the case.

However, hours later, the Mole published new speculation pointing to Royal Bank of Scotland head Sir Tom McKillop.  Realizing that the Stig could never be asked to run something as complex as a public bank, one RBS shareholder was quoted as saying, “No wonder we’re £80 trillion in debt.”

Just a short while later, it appears the Mole may have pinpointed the true identity of the masked-man-in-white.  While tidying up the Oval Office at the White House in Washington D.C., a staff attendant is said to have discovered the new President stuffing a racing suit into a desk drawer.  Under questioning by the cleaner, President Obama is said to have confessed to being The Stig.

One photo of the new President was sent in to WorldCarFans.  Believing it to be an obvious Photoshop fake, we brushed off the blurry image of President Obama at a Washington D.C. gala dressed in what appears to be white, racing overalls.  But the news from the Top Gear columnist seems to go inline with what our own tipsters are saying: the 44th President of the United States is in fact The Stig.

It is said that no photos taken at the event came out in focus.

“I expect being President of the United States of America is pretty full on, but I’d hate to miss the next series because we’ll probably be putting that new Ferrari round the track,” Mr. Obama said in reference to the possibility of losing his Top Gear job.

Conspiracy theorists still point to a rare interview with the Stig, broadcast on Dutch television station Veronica, saying the audio closely matches the voice of Collins in race transmissions and pre-event interviews.

We here at WorldCarFans are instead terrified that the leader of the free world is The Stig.

Gallery: The Stig is Revealed