Koenigsegg designs its own Regera, pays tribute to the late Prince 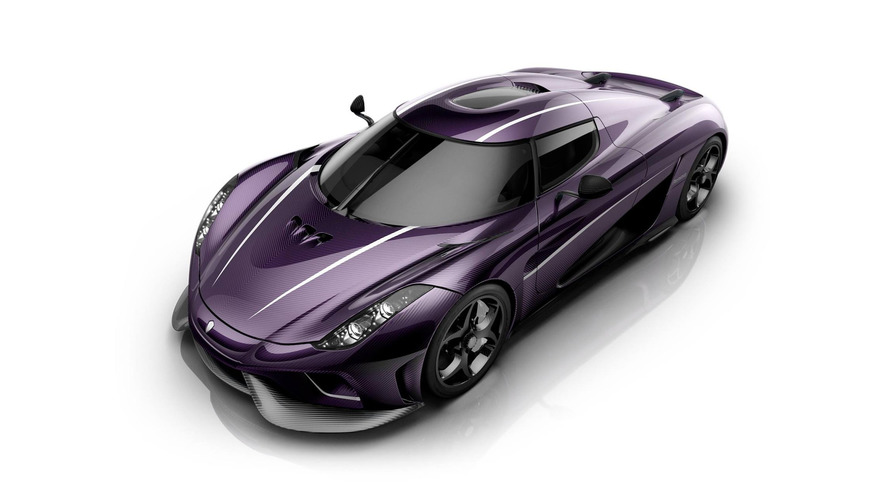 It sure is different than a little red Corvette.

The artist behind the song “Purple Rain” and the namesake album passed away aged 57 on April 21, 2016, but his music will live on forever. Someone working at Koenigsegg has decided to pay tribute to the very talented late singer by envisioning a special livery for the Regera featuring a purple carbon exterior finish combined with white striping and clear carbon side intakes.

At first, he was tempted to go with a purple + gold combo, but in the end decided gold would be more appropriate to be applied onto paint instead of tinted carbon as it’s the case here. Rounding off the tweaks on the outside are the white brake calipers hiding behind the ultra-light wheels dipped in carbon fiber.

Steven Wade, working in communications and as a copywriter at Koenigsegg, envisioned his dream car with a “snow” leather interior cabin featuring a basket weave pattern on the seats. While the stitching on the body-hugging seats is being presented here in blue, he says the real deal would be in purple. He can’t afford to buy one right now, but mentions “now all I have to do is start saving!” Koenigsegg will probably give him a nice employee discount, although that surely won’t make the Regera even remotely affordable.

Looking basically like a spaceship on wheels, the Koenigsegg Regera impresses not just with its design, but also once you take a look at its technical specifications: biturbo 5.0-liter V8 engine working with three electric motors to deliver a combined output 1,479 horsepower (1,103 kilowatts), 1,465 pound-feet (1,986 Newton-meters) of torque. It doesn’t have a traditional gearbox, as instead it uses the company’s own (and very complex) direct drive system.

The high-tech hardware enables the supercar run to 62 mph (100 kph) in just 2.8 seconds and top out at more than 250 mph (402 kph), so it’s one of the quickest and fastest models on sale today and plays in the same league with the mighty Bugatti Chiron.