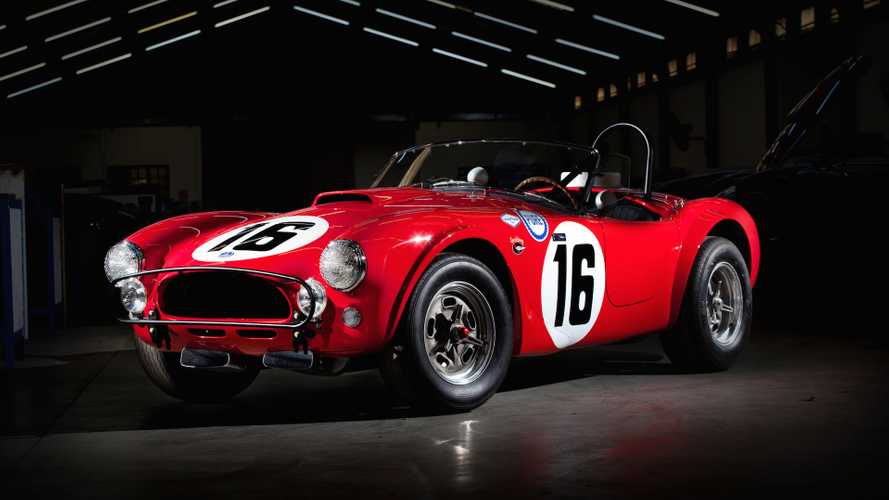 Each car will come with a legendary livery and as much as 435 horsepower.

Shelby American and Superformance have something special in store for the Barrett-Jackson auction in Scottsdale. On January 14, 2017, the two companies will come together to unveil four limited edition Shelby Cobras, each one honoring past successes at the Sebring 12 Hours and other endurance racing series'.

The cars will be exact replicas of the legendary Shelbys that took to the track in 1963 and 1964, driven by Ken Miles, Dan Gurney, Allen Grant, and Dave MacDonald. Just like the legends, they will be turn-key examples that can be purchased directly from Superformance. The Low Volume Motor Vehicle Manufacturers Act of 2015 is to thank for that.

"We're very excited to partner with Shelby and Baume-Mercier for the release of the special edition Sebring Cobra Roadster and matching watch," said Superformance CEO Lance Stander. "The Sebring Cobras are extremely unique and we can't think of a better way to commemorate Carroll and the iconic Shelby American team drivers.”

Each car will come with a commemorative Baume & Mercier Shelby Sebring watch number with the customer’s specific Cobra CSX number, as well as period-correct cast-iron block under the hood with as much as 435 horsepower (324 kilowatts). If you want one, you better hurry – just 15 examples of these legendaries vehicles will be available for sale. No word on pricing just yet.