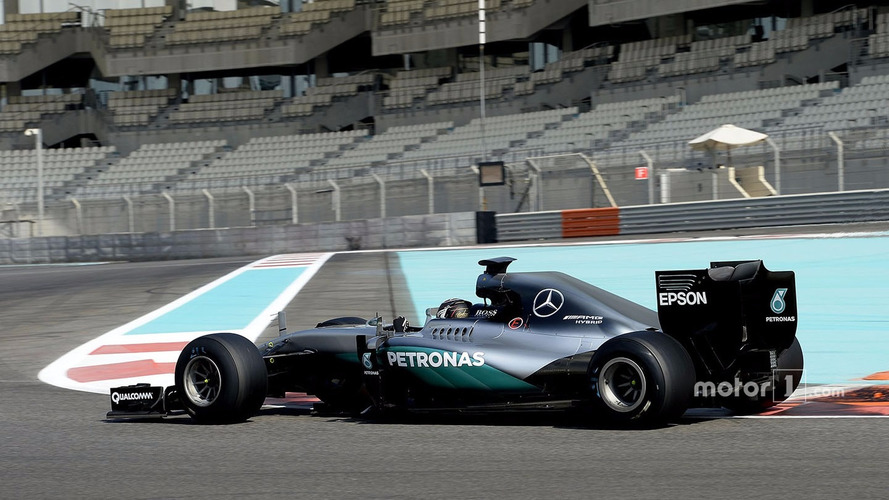 The true speed of this year's Formula 1 cars will not be seen until the Bahrain or Chinese Grands Prix, according to Pirelli tire chief Paul Hembery.

This season will feature more aggressive-looking cars with wider front and rear wings as part of revised aerodynamic regulations, and the cars will be fitted with wider tires.

Hembery reckons some teams will try to hide their true performance and sandbag during pre-season testing.

"We really won't know in Barcelona testing where the teams are as that's a period where they won't want to show their hand," said Hembery at Autosport International.

"There will be a lot of people trying to hide their true performance level or maybe wondering what they need to do because they can't even get close to some of the teams who are maybe sandbagging.

"Not even Australia [will a pecking order emerge], as it throws up some strange results.

"It'll be more when we get to China and Bahrain before we see the true performance of the cars."

The 2017 tyres will have very low degradation, with Hembery adding he also expected the rubber to have 25 percent more grip and there to be "fewer tyre changes" during races.

Pirelli completed a series of tests last year with modified 2015 mule cars but they did not generate as much downforce as what is expected from the 2017 machines, causing concern for Pirelli.

"The problem we have got is that we have been testing with cars that are five seconds slower than what we're actually going to see in Barcelona," he said.

"From a compounding aspect, it is a bit of a challenge for us because it's a very small window we're working with.

"If the numbers aren't what we have been told they are going to be, then we might have been a bit too conservative."

Hembery said Pirelli plans to conduct wet tire testing over the next two months and is negotiating with Mercedes, Red Bull and Ferrari to be able to use one of their mule cars to do so.

"We're working on an on-going development [of wet tyres] during the season, which is something we're allowed to do this season as before we weren't allowed to test," he said.

"In the last three years, I think we had three days of testing.

"Now we have up to 25 car days in a season, so we have a programme to change the wet tyres during the season.

"We want to improve the warm up characteristics.

"We're going to have standing starts, so the tyres are going to be cold.

"Like we do in GP2, where you don't have blankets, we have to try and get a product which warms up a lot quicker.

"Those tests will be in February and March.

"We're trying to get one of the hybrid cars which we used in the last months of last year and trying to convince one of the teams to get it out of the museum and allow us to do a bit more work."