Yes, we hope it comes true, too.

While Americans have had a seemingly insatiable appetite for crossovers and SUVs, the head of Volvo in America thinks sport wagons will come back, and his rationale is intriguing.

Speaking about the buying public’s current appetite for crossovers and SUVs, Volvo USA CEO Lex Kerssemakers suggests it’s “very difficult to predict,” but that an increase is expected. “We definitely thought the SUV segment would further increase, which is why we launched the XC90, we will launch the new XC60, and we’ve announced already that we’ll offer an XC40, a small SUV. We’re strong there and where our heritage is, with cars like the V90. It’s about higher-seating cars, and they’re all fuel-efficient nowadays, so there’s no reason not to buy it.”

Kerssemakers believes there will always be a market for “lower-seating cars,” and that Volvo should offer a healthy mix to be competitive in the marketplace.

“What I see coming back are sports wagons,” Kerssemakers says. “People are looking for stylish cars. You even see the SUVs becoming more stylish, you see ‘coupe-SUVs,’ and the translation from a coupe-SUV or a lower SUV towards a sports wagon is very easily made.” 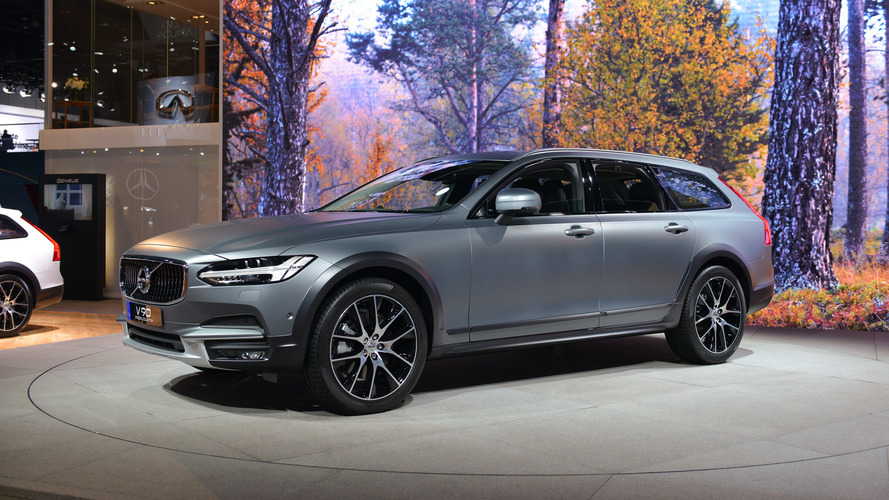 Volvo will, of course, be ready for this, with V60, V60 Polestar, and V90s. “In Europe, sports wagons are a big market, I don’t see any reason why America won’t go back to them.”

Volvo is already adding more wagons to its U.S. lineup, with company representatives telling us the V90 Cross Country will be available at dealers across the country. We can buy the V90 here, too, though it’s only available as a special-order car for now.

For a generation raised in SUVs, wagons also give the utility and space one might have become accustomed to, while adding a measure of performance and handling as well. Time will ultimately tell if the psychological push back occurs, but we like where the conversation is going.

6 Photos
Photo by: Jake Holmes
By: Matthew Askari
++
Got a tip for us? Email: tips@motor1.com