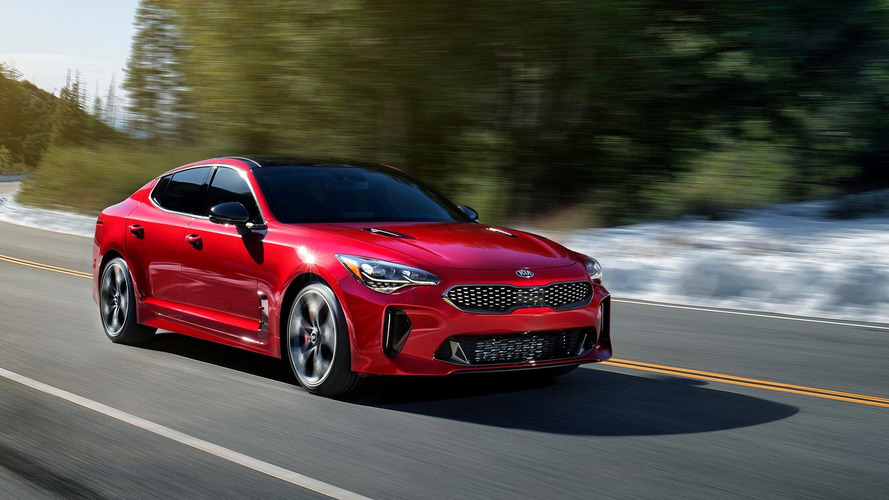 Kia isn't entirely sure about building a fully electric Stinger yet, but the company is not ruling out the idea.

The Kia Stinger is one of the stars of the 2017 North American International Auto Show, and more details about the production version have started to trickle out. For example, customers in Europe will be able to get the curvaceous grand tourer with a diesel powerplant. Kia will also look at building hybrid and fully electric variants, too.

According to Autocar, the diesel-fueled Stinger will possibly debut as soon as the Geneva Motor Show in March. It will likely use the 197-horsepower 2.2-liter four-cylinder from existing Kia and Hyundai vehicles, and all-wheel drive will continue to be an option with this powerplant. It’ll also likely use an eight-speed automatic, like the gasoline-powered version.

Kia is also mulling whether to electrify the Stinger. According to Autocar, the platform is capable of accepting parts from the Optima hybrid, despite one being front-wheel drive and the new model’s rear-drive layout.

“We don’t have an EV in the plan yet but we have the capability to bring EVs in the near future if demand is there,” Spencer Cho, Kia’s overseas product marketing boss, told Autocar.

Kia will have the Stinger on sale in the United States by the end of the year. Buyers there will have the choice of a turbocharged 2.0-liter four-cylinder with an estimated 255 hp (190 kW) and 260 pound-feet (352 Newton-meters) of torque or a biturbo 3.3-liter V6 with 365 hp (272 kW) and 376 lb-ft (510 Nm). The more powerful engine can get the four-door grand tourer 62 miles per hour (100 kilometers per hour) in 5.1 seconds and top speed of 167 mph (269 kph). Regardless of powerplant, buyers will be able to choose rear-wheel drive with a mechanical limited-slip differential or get a torque-vectoring all-wheel-drive layout. Enthusiastic drivers can even completely switch off the stability control and hang the tail out.

In addition to offering beautiful curves, the Stinger is also practical because its power-opening hatchback offers a large cargo area. Its 114.4-inch (2.9-meter) wheelbase is one of the longest in the class, which means lots of cabin room for occupants, too.

Kia seems to be making the right decisions about the Stinger’s development. We are very curious to drive the grand tourer when it arrives later this year.