The WRC-inspired version will debut in Geneva.

It was about a month ago when Toyota released a design sketch to act as a teaser for its powered-up Yaris supermini, and now the hot hatch has been revealed. Although it doesn’t have a name yet, it will surely include “Gazoo” seeing as how Toyota has already revealed all of its performance-oriented models from now on will bear the name of its factory race team.

But at the end of the day, the name isn’t all that important. The biggest news here is the horsepower number: more than 210.  Those ponies will likely be provided by an upgraded turbocharged 1.6-liter, four-cylinder engine adapted for a road-going production model from the WRC-spec race car. Based on the three-door Yaris, the new spicy derivative will be unveiled at the forthcoming Geneva Motor Show in early March where it will also debut a new look for the entire Yaris range. 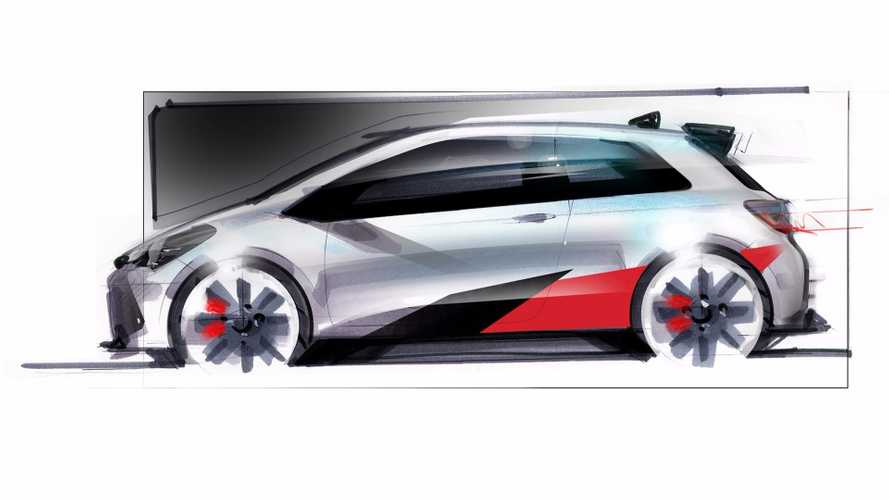 The most significant change is noticeable at the back where the revised supermini will receive a pair of wider taillights. This particular sporty model will be visually distinguished by its prominent roof-mounted spoiler painted in black, just like the side mirror caps and the alloy wheels. You can also notice the central exhaust tip, which will be exclusive to this version, as will be the glossy black winglets at the front sitting next to the fog lights.

A sportier suspension setup bringing a lowered ride height is also on the menu, along with upgraded brakes to match the extra punch delivered by the engine. In addition, Toyota promises all updated Yaris versions will benefit from “a raft of technical modifications” set to boost handling and comfort.

Toyota will have the high-performance Yaris on display between March 9 and 19 in Geneva where it will share the spotlight with its source of inspiration: the Yaris WRC.

14 Photos
By: Adrian Padeanu
++
Got a tip for us? Email: tips@motor1.com
Hide press releaseShow press release

Toyota will reveal a new high-performance Yaris model at the Geneva motor show ( 9 – 19 March), taking the spotlight alongside the new Yaris WRC that’s set to make its competition debut next week at the Monte Carlo Rally.

The new derivative is based on a three-door Yaris body and is powered by an engine producing more than 210bhp, forging a link between the Yaris WRC and the standard road-going model range.

At the same time as the new high-performance model makes its debut, the entire Yaris line-up will benefit from design modifications, including new front and rear styling and a modernised interior. A raft of technical modifications is also being introduced to improve overall comfort and handling.

The changes will strengthen Yaris’s appeal, in particular the hybrid version. Yaris Hybrid remains a unique proposition in the small hatch/B-segment and currently accounts for more than 40 per cent of all new Yaris sales in Europe.