These are Carl Edwards' three reasons to step away from Nascar 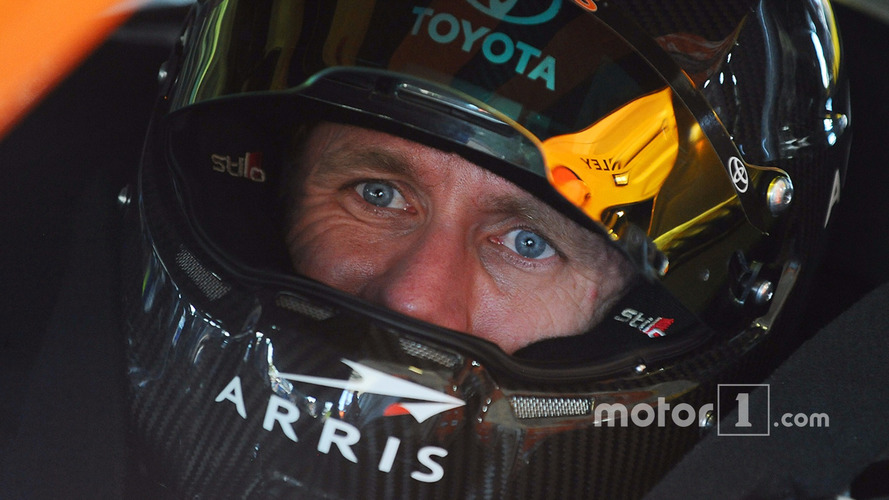 While he refused to use the word “retirement,” Carl Edwards confirmed on Wednesday that is stepping away from fulltime competition in Nascar to spend more time on other issues that are important to him.

“People who know me, know I follow my gut. Sometimes, I just gather everything around me and say, ‘If all signs point to this, this is what I should do,’” Edwards said during a news conference at Joe Gibbs Racing headquarters.

Edwards said he has no other plans for racing but if he ever did return to competition, JGR owner Joe Gibbs would be the first person he called.

“I have no plans for racing right now,” he said.

Edwards said he had three main reasons for stepping away from Nascar competition at this point – he is satisfied with his career, the grind of the series schedule has left him little time to focus on other issues he cares about and he is lucky enough to be “100 percent healthy.”

“I’m truly, personally satisfied with my career. ‘Well, you don’t have a championship.’ Well, Jimmie (Johnson) has extras. You guys know I don’t race just for the trophies,” Edwards said.

“This is a neat journey for me. I’m aware of the challenges. You know how it is. It’s scary in so many ways to go racing. Go from that. I feel accomplished. I know sitting in that car, I’m the best I can be. Long-winded but I’m saving you a year of this stuff.”

“It’s not just physical time. I think about racing all day, wake up and have dreams about it. How I’ve been doing it for 20 years,” he said. “I need to take that time right now and devote it to people and things that are important and I’m really passionate about.”

Finally, Edwards said his health was important – and because of that, having the ability to enjoy other pursuits.

“I can stand here healthy after all the things I’ve done. That’s a true testament to Nascar, the tracks. It’s a risky sport. I’m aware of the risks,” he said. “I don’t like how it feels to take the hits we take. I’m a sharp guy – want to be sharp in 30 years.”

Edwards said paid close attention to the lengthy recovering time that was required this year by Dale Earnhardt Jr. to get in position to return to racing this season.

“I think everyone in the sport paid attention,” he said.

Team owner Joe Gibbs confirmed Edwards first approached him about his decision shortly before Christmas and said it took him and the organization “completely by surprise.”

“I was all set for the holidays. I was in a meeting and they said ‘hey, Carl stopped by.’ I figured it would be ‘hey, have a great Christmas.’ When he sat down in front of me, I was totally surprised,” Gibbs said.

“The first thing I did was I said this is a huge decision, let’s spend some time thinking about it. This took four days. Then we got hooked up again on the phone and I could tell he was really committed to stepping away from racing.”

“Carl Edwards has made an indelible mark on Nascar. His hard-charging driving style has led to memorable moments that will live forever in the history of our sport. Carl’s passion and personality will greatly be missed – as will the signature backflips that Nascar fans have come to expect following his victories. We wish Carl nothing but the best as he enters this next phase in life.”

Edwards, 37, was recruited to the Cup series by Jack Roush in 2003. He replaced Jeff Burton in the No. 99 Ford in what was then the Nextel Cup Series the following season.

Edwards scored 23 wins with Roush Fenway Racing before moving to JGR for the 2015 season. In the No. 19 Toyota, Edwards scored an additional five wins over the last two seasons. He finished fourth in the Cup standings last season in his first Championship Round berth.

“I’d go so far as to say it is catastrophic when a driver who just competed for the championship with a dominant organization suddenly doesn’t return the next season,” he said. “A month before Nascar’s ‘Super Bowl,’ its biggest race of the year, and a driver leaves.

“That has to have an incredible impact on the team and sponsor. All the reasons he listed for stepping out of the car must be incredibly important to him to make a decision like this.”