The fresh new Benz will make its debut later in the year.

Well that didn’t take long. The still new Mercedes C-Class W205 platform is already getting a facelift for the 2019 model year. Both the coupe and sedan will receive a minor makeover, as will the hotted-up C43 and C63 sedans and coupes.

The former of which, the C43 sedan, was spotted testing recently on some snowy public roads in Germany. Though it doesn’t give much away, the light amount of camouflage on the front and rear fascia suggests that the facelift will be minor; things like revisions to the bumpers and light fixtures, as well as the grille. 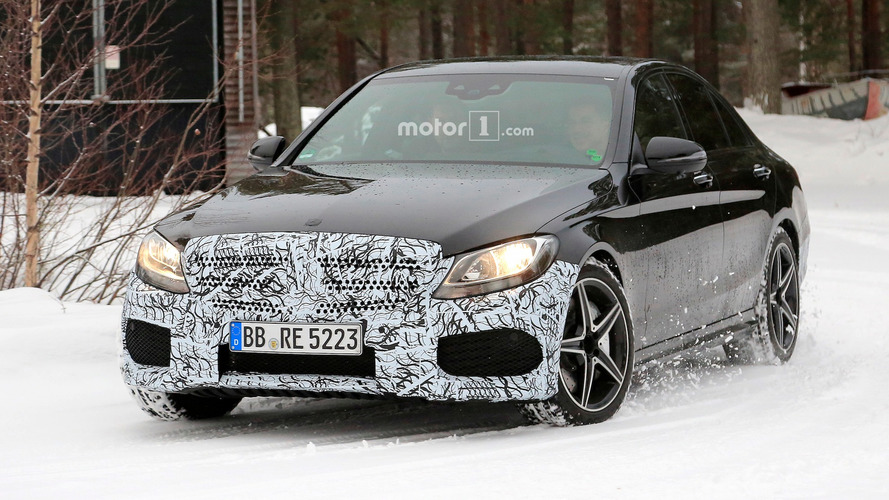 Previous spy shots also show the C-Class with an updated interior. Features like a digital instrument cluster from the E-Class and S-Class will carry over, probably as an option, but for the most part, the infotainment screen and center console will go seemingly untouched.

As far as powertrains are concerned, the entire C-Class range is expected to make the switch from its current V6 offering to a lineup of inline-six-cylinder options, adopting a similar strategy of the current S-Class. The C43, then, could adopt an inline six-cylinder 3.0-liter engine with a turbo and a light hybrid-battery powertrain. Performance isn’t expected to increase a huge amount over the current 365 horsepower (272 kilowatts), but it will see a slight bump.

The 2019 C-Class and C43 sedan will debut the second half of 2017, with the sport wagon expected to follow later in the year, or early in 2019. We should see even more of the updated C-Class before then as the strip tease will undoubtedly continue throughout the year.