Samsung’s new battery has a 373-mile range, charges in 20 minutes 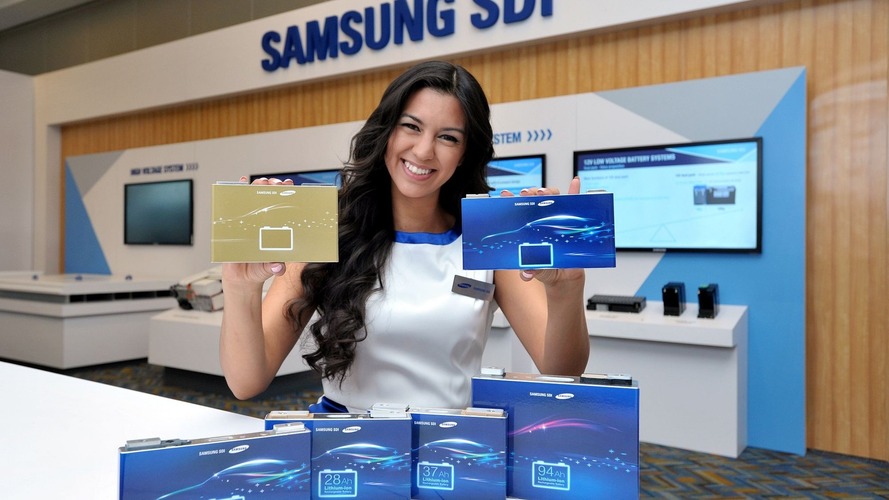 The company hopes to have its new EV technology on the road by 2020.

Range anxiety is a real fear for most people looking to buy an electric car. But Samsung wants to alleviate your worries with the introduction of its latest battery technology. By the end 2020, the "next generation" of Samsung's lithium ion battery technology will be available to automakers.

That proposed new battery will have a range of 373 miles (600 kilometers) and be able to be "fast charged" in just 20 minutes. At 80 percent, the battery would still be capable of 310 miles (500 kilometers), able to be charged up to that capacity in the time it takes to stop and grab a cup of coffee.

The battery will be produced at the company’s new $357 million plant in Hungary. With a production capability of 50,000 pure electric cars, Samsung will provide battery technology to companies like BMW for the i3, Tesla for the upcoming Model 3, and Ford.

Also announced at the Detroit Auto Show, was Samsung’s new "21700" cylindrical battery, which is said to improve
"energy density, power, and performance." Named for its 21-millimeter (0.8-inch) diameter and 70-millimeter (2.7-inch) length, the battery technology will be part of the partnership between Tesla and Panasonic in production of battery technology at Tesla’s Gigafactory in Las Vegas.

Sehwoong Jeong, Executive Vice President & General Manager of Automotive Battery & ESS Business of Samsung SDI, said, "By providing the industry-leading technologies and products that meet the demand of our customers and market, we will contribute to a rapid market adoption of EVs in North America and worldwide."

The new battery, Samsung hopes, will reduce range anxiety with quick charging times and improved range. Samsung's "next generation" of EV technology will be on the market by 2020.