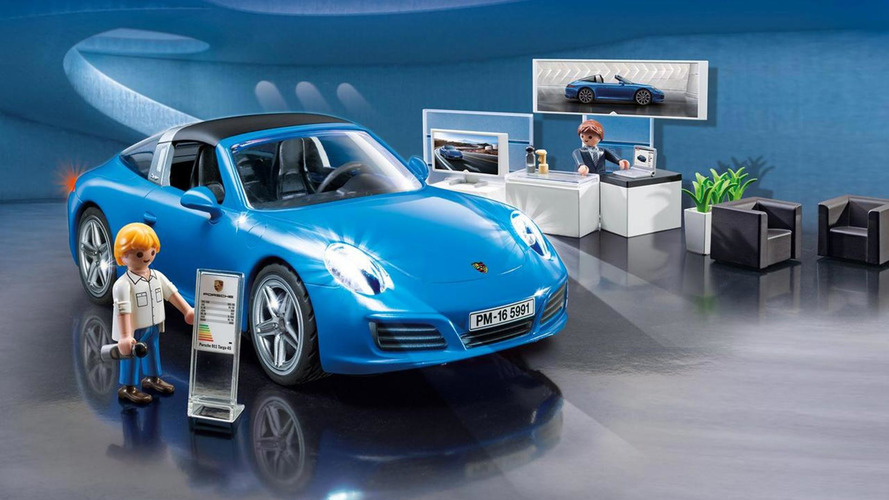 Kids get to replicate the experience of buying a Porsche with this play set.

It’s too bad the holidays are over because Playmobil’s Porsche 911 Targa 4S would make the perfect gift for introducing a young person to Germany’s iconic sports car. Although, there’s never a bad time to surprise anyone with a Porsche as a present.

Playmobil’s 911 Targa comes in a shade of dark blue that’s not too far from a hue that’s actually available for the open-roof coupe. The headlights, taillights, and dashboard light up, too. Just like the real car, there’s enough room for two adult figures in front and two child figures in the rear.

Unfortunately, kids don’t get to check out the targa roof doing its origami-like folding process from the real car. Instead, the center panel simply lifts off. Engineering the complicated transforming mechanism was likely too difficult for a $44.99 play set, especially when it would need to stand up to a kid’s abuse.

In addition, kids also get the Porsche showroom experience. The play set comes a dollhouse-sized dealer, includes a sales person, desks, computer, brochures, and art. The figure of the buyer can even learn more about the Targa 4S with a little spec sheet on a stand.

With prices starting at $123,650 (after $1,050 destination), the actual Targa 4S is beyond the affordability for most kids. However, mom or dad gets a very attractive sports coupe with a 3.0-liter biturbo flat six with 414 horsepower (309 kilowatts) and 368 pound-feet of torque (500 Newton-meters).  A seven-speed manual is standard, or a seven-speed dual-clutch gearbox adds $3,200 to the price.

Porsche just unveiled the GTS trim to the 911 Targa (and coupe or convertible) for customers looking for more performance. The variant still has a 3.0-liter biturbo flat six, but an upgraded turbo pushes the output to 444 hp (331 kW) and 405 lb-ft (550 Nm) of torque. The new model also includes Porsche’s Active Suspension Management and Sport Chrono pack as standard equipment. 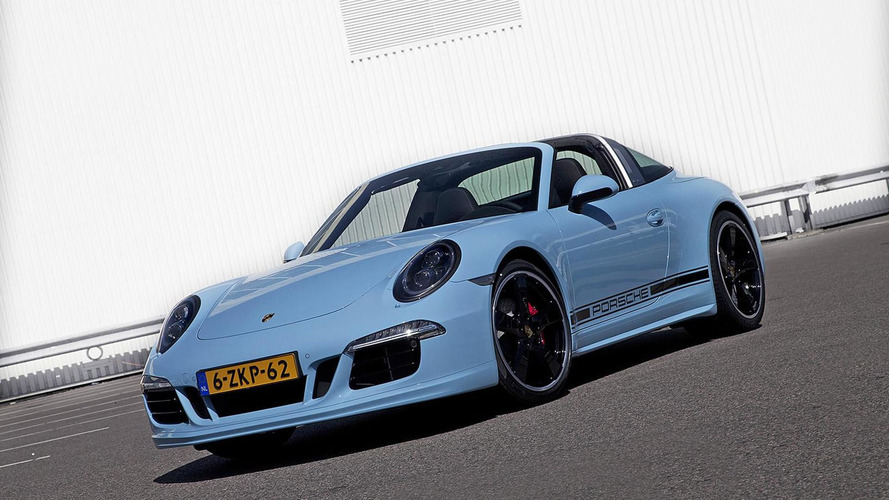