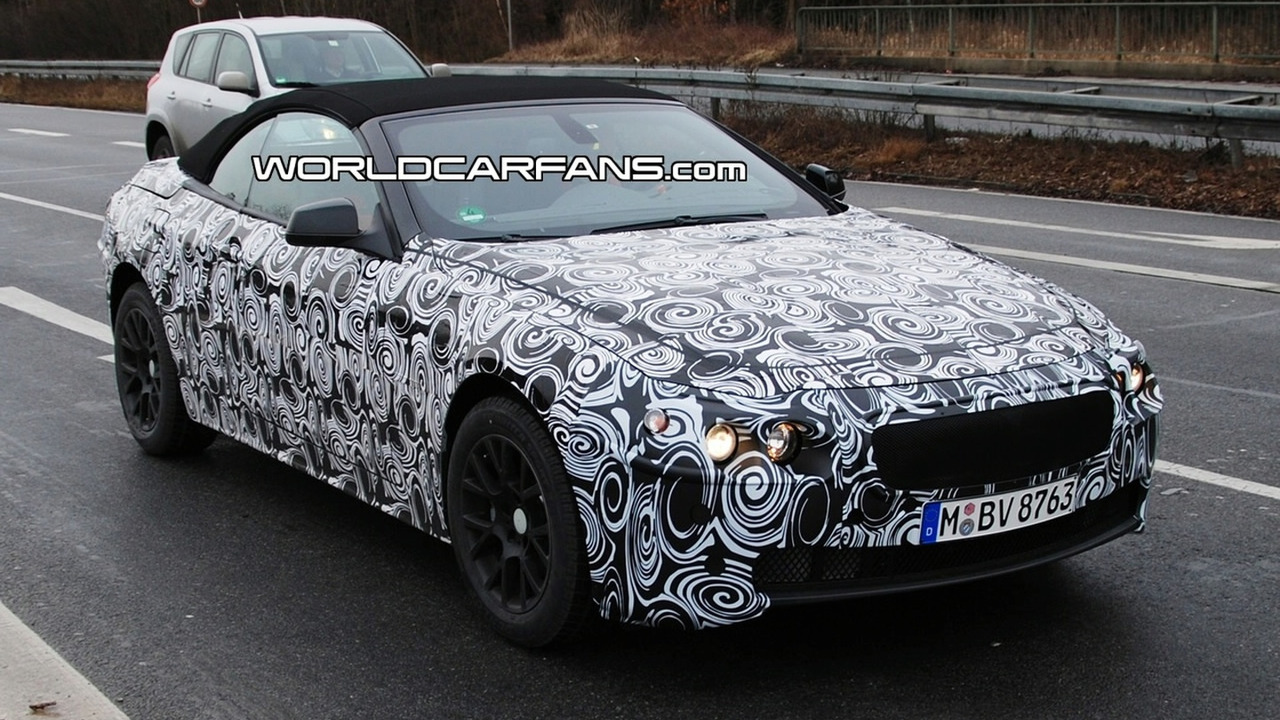 New spy photos of the 2010/2011 BMW 6-Series cabrio have emerged. The convertible was caught during a road testing session.

A new BMW 6-Series cabrio has been caught on camera by our spies. The two-door was snapped in motion and at a stoplight during road testing.

BMW has done well with the various coupes and convertibles under the current 6-Series lineup. Sales are estimated at over 20,000 annually with the second generation 6. Introduced in 2003, it received a facelift in 2007. Third generation changes will be subtle, with the intention of marketing the car on mass appeal instead of to a niche. Expect the new 6-Series to have sportier styling, despite increasing in size. Shorter overhangs at the front and back, even though a longer wheelbase is expected. A more aerodynamic roofline, seen in the spy photos, is also expected.

Engine choices will likely stay the same for the entire lineup. Except the M6, that is. That car may end up with a new V10 twin-turbo and dual-clutch transmission. Expect a typical high level of luxury in both of the two trim levels offered, including an automatic eight-speed transmission with paddle-shifters mounted to the steering wheel. Although the Cabrio has been speculated to have a hard top, these photos clearly show canvas. Perhaps BMW will offer the hard top as an upgrade.

The new BMW 6-Series will hit dealerships by the end of 2010.