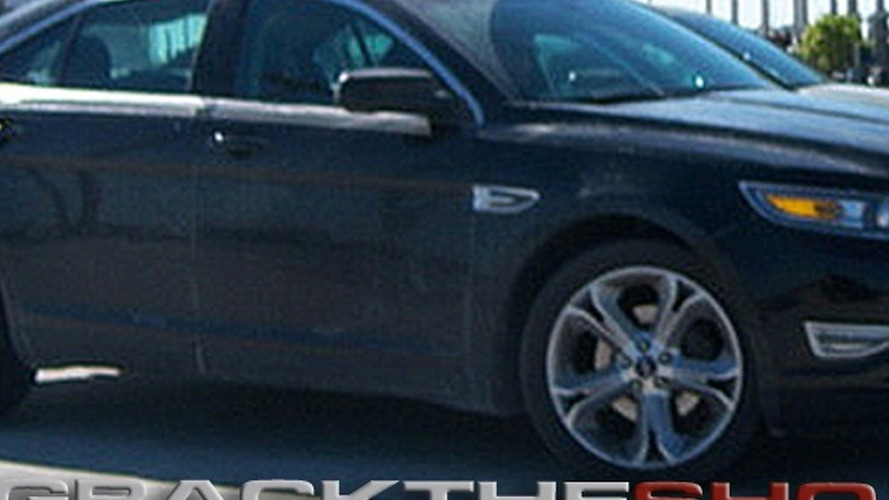 Although Ford wasn’t expected to unveil the new Taurus SHO until the Chicago Auto Show next month, a few undisguised pictures have made their way to the internet.

Although Ford wasn't expected to unveil the new Taurus SHO until the Chicago Auto Show next month, a few undisguised pictures have made their way to the internet.

The pictures were taken along I-75 in Michigan and from the lack of snow, it seems reasonable to assume they are several months old. According to the report that accompanied the photos, the cars come with dual exhaust, a rear deck spoiler, and at least 19-inch wheels.

Power is expected to come from Ford's new 3.5-liter EcoBoost twin-turbo direct-injection V6 engine which produces 355 hp and 350 lb-ft of torque (474 Nm). Judging by the fact that the 2010 Lincoln MKS equipped with all-wheel drive and the same engine gets 16 mpg city and 25 mpg highway, expect the new SHO's fuel economy to mirror that if not be slightly higher thanks to its lighter weight.

The new SHO will most likely only be offered with all-wheel drive in order to keep torque-steer under control, a complaint that occurs often in front wheel drive vehicles with power rating at or above 300 hp. Other performance goodies will most likely include the SR1 suspension which offers a "one-to-one" rear shock absorber ratio for enhanced cornering and handling while still delivering a comfortable ride and Ford's new SelectShift transmission that allows for rev-matching downshifts and the ability to hold gears.