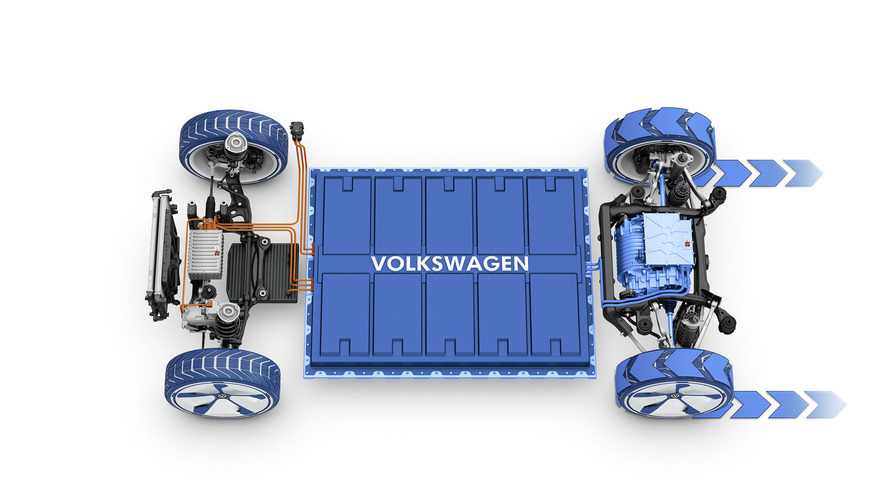 The second MEB-based electric car will take the shape of an SUV and will arrive after 2020.

If you’re unfamiliar with the term “MEB,” it refers to Volkswagen Group’s all-new platform that goes by the name of “Modular Electric Drive kit” developed as the name implies specifically for electric vehicles. It’s set to spawn a number of models in the years to come and leading the way will be a road-going version of the I.D. concept unveiled last year in Paris, a compact hatchback confirmed to go on sale in 2020. Now we know from VW the second model will be an SUV scheduled to be previewed in the second half of April at Auto Shanghai 2017 before going on sale early in the next decade.

The reveal was made by the company’s head of design, Klaus Bischoff, in an interview with Automotive News Europe last night at the 2017 Detroit Auto Show. He did not go into any details, so we don’t know anything about it, like size or range.

When quizzed about why VW decided to bring the I.D. Buzz concept (pictured above) rather than the SUV at NAIAS, Bischoff explained Detroit is a better venue to gauge whether there’s enough interest for the Minibus-inspired EV to morph into a road-going version. Seeing as how the Shanghai-bound SUV is already on the production agenda, VW’s decision makes sense.

The two MEB-based products are just the tip of the iceberg as far as EVs are concerned from the VW Group, as many more are planned in a bid to boost annual sales of electric vehicles to one million by 2025. Among the many zero-emissions cars planned, a second-generation Phaeton (positioned above the forthcoming Arteon) could be one of them, but even if approved, it will come after the hatchback and SUV.

Meanwhile, the first press day of Auto Shanghai 2017 is scheduled for April 19 and that’s when we’ll get to see the yet unnamed electric SUV in its metal, although an online reveal might occur earlier in the month.