Does a Qashqai crossover by any other name smell so sweet?

We heard it might happen two years ago, and now it’s official: the Nissan Qashqai is coming to America to slot between the Juke and Rogue in Nissan’s small-crossover range. But like so many other immigrants to our country, when it reached Ellis Island, the Qashqai had its name changed. Say hello to the 2017 Nissan Rogue Sport.

Interestingly, the Rogue Sport will be called Qashqai in Canada, but in the U.S., Nissan decided that it would be easier to simply piggyback off the fact that Rogue is already a known quantity.

Within the lineup, the Rogue Sport slots neatly in between the Juke and Rogue. Nissan product planner Robin Moreo says the company did studies and fully expects Rogue Sport to cannibalize some Juke sales. It's got far more cargo space and more equipment than the Juke, for instance. 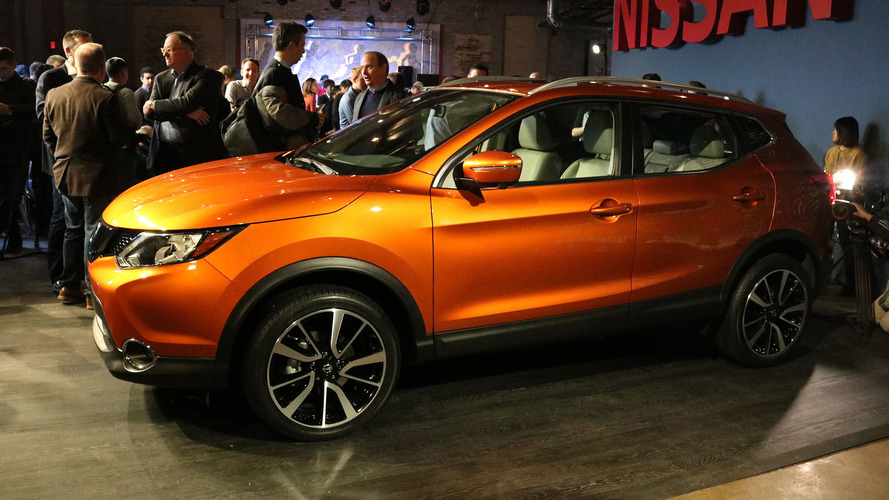 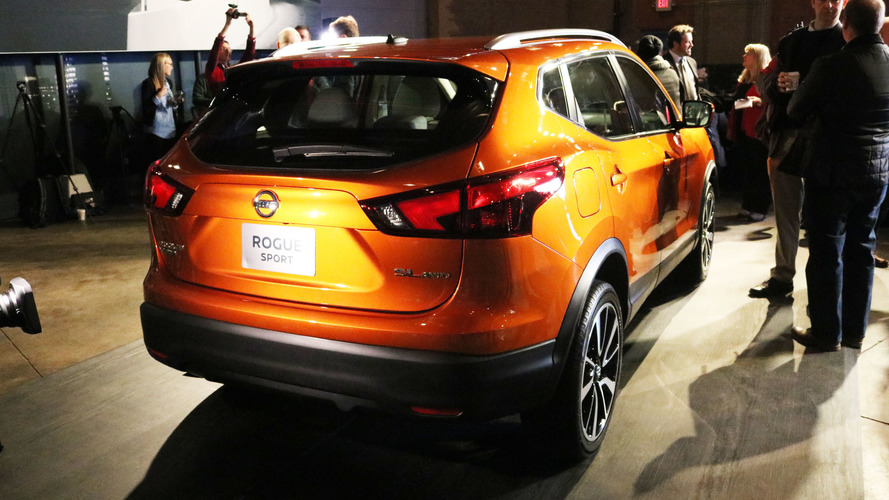 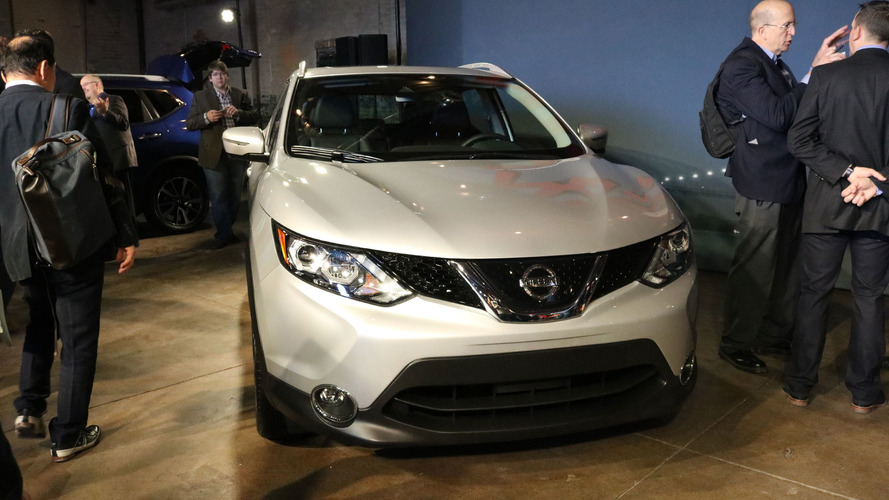 The Rogue Sport looks, well, just like the European Qashqai. Notably, it’s smaller than the regular Rogue, with sharp lines and creases defining its bodywork, as well as an angled D-pillar and an upswept beltline producing a rather smart rear-three-quarter view. It’s a foot shorter in length than the Rogue, on a 2.3-inch shorter wheelbase, which Nissan hopes will appeal to urban customers who encounter small parking spaces and tightly packed streets.

Inside, too, is familiar from the Qashqai and other Nissan crossovers. There’s a three-spoke steering wheel ahead of two analog gauges that bookend a color trip computer, the company’s touchscreen infotainment system atop the dashboard, and otherwise logically arranged and well-designed controls all over the cabin. But the Sport’s reduced size means cargo space falls versus the Rogue, from 32.0 cubic feet with the back seats raised to only 22.9.

Those 19-inch wheels reflect that the Rogue Sport is supposed to be a more fun, youthful model. Bunce says it has "much sportier handling" than Rogue, in part because it's about 300 pounds (137 kilograms) lighter. But handling fun also comes from having a multilink rear suspension, where most rivals have a beam rear suspension, as well as specific tuning of the electric power steering for "heavier" on-center feel, and a suspension setup for a slightly firmer ride-and-handling balance. There will also be a much more vibrant color palette than on the Rogue, including the Monarch Orange seen here, as well as a Nitro Lime color that one Nissan employee said reminds them of a certain high-super, high-caffeine soft drink.

The only engine choice is a 2.0-liter naturally aspirated inline-four, good for 141 horsepower (105 kilowatts) and 147 pound-feet of torque (108 Newton-meters). A continuously variable transmission with an eco-mode switch is standard. And, unsurprisingly, you’ll be able to pick whether that engine powers just the front wheels or all four. That’s a lot less power than the Rogue, which packs 170 hp, but the Rogue Sport’s lower weight should help acceleration. In Canada, a manual transmission is also available; Moreo said it just didn't make sense to bring that option to the clutch-phobic U.S. market.

Overseas, the Qashqai is sold with a 1.6-liter turbocharged gas engine rated for 161 hp and 177 lb-ft (it's essentially the same engine available in the U.S. Juke). But Nissan launched with this 2.0-liter (also used in Rogue Hybrid) simply because it was quicker and easier to certify, Moreo said, to get the car on sale as quickly as possible. She hints that the company is still studying bringing the gutsier Juke turbo mill down the line. Rogue Sport Sport, perhaps? She also said the U.S. Rogue Sport is not package-protected for adding a hybrid powertrain.

The Rogue Sport will be built at Nissan's plant in Kyushu, Japan; that facility already produces about 25 percent of all regular Rogues sold in the U.S., and as the cars share the same basic CFM platform, it's relatively easy to build them at the same factory.

Here's a closer look at how the two models compare visually and in terms of specifications, as well as how the Rogue Sport stacks up against the Juke. 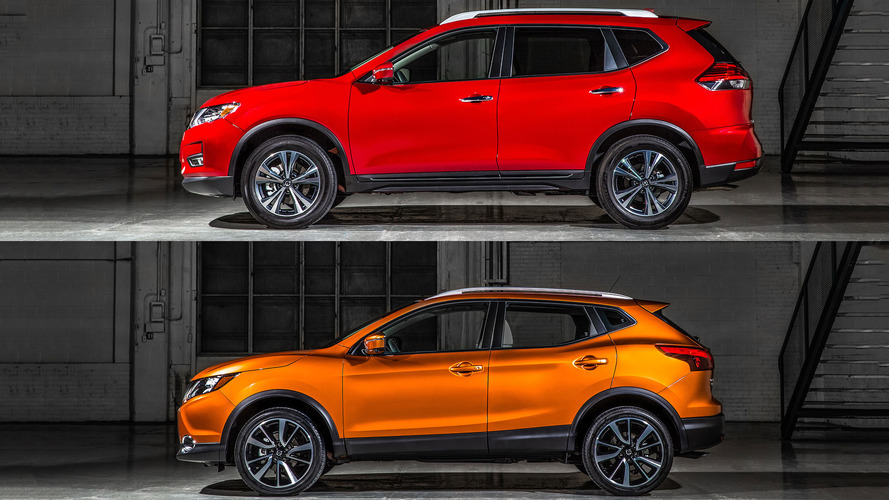 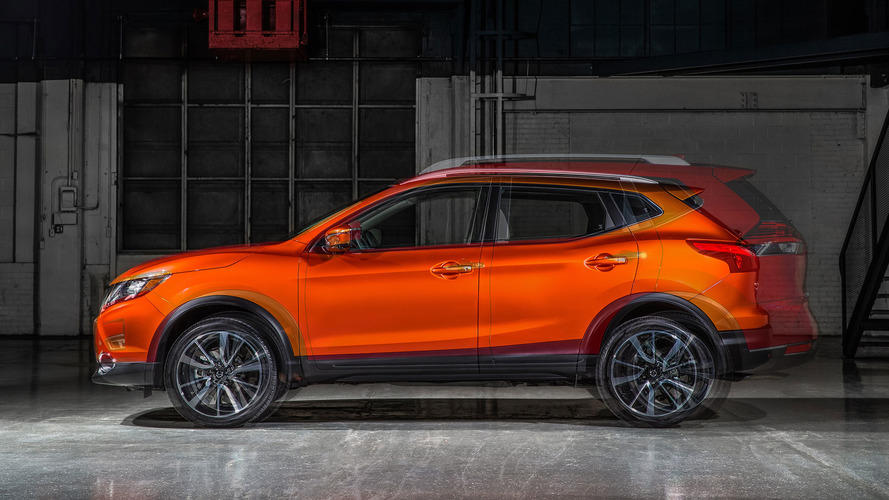 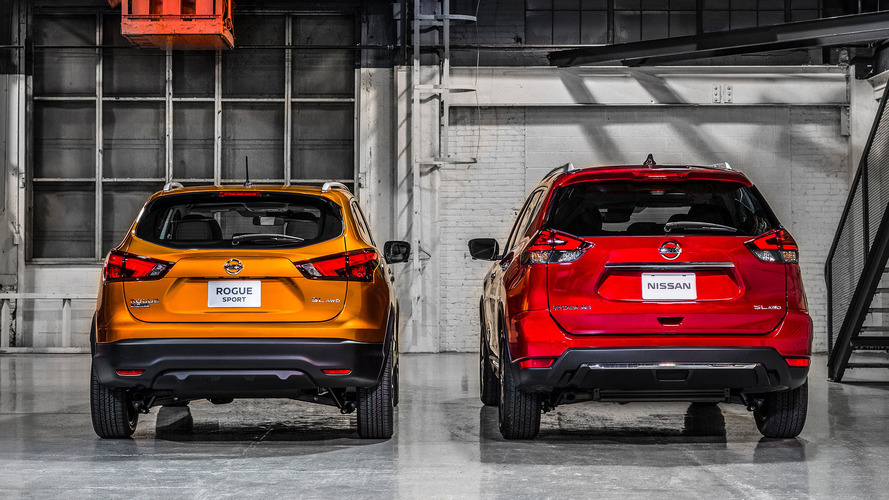 The Qashqai has been a runaway success for Nissan, with over 2.5 million sold globally since 2006. It’ll take a lot for it to beat the Rogue’s impressive sales volume in the U.S., but the Rogue Sport should otherwise be a competitive entry into the country’s small-crossover class.

DETROIT – The new 2017 Nissan Rogue Sport, which is designed to expand the audience for Nissan’s top-selling Rogue crossover when it goes on sale this spring, is set to make its auto show debut this morning at the North American International Auto Show.

"The new Rogue Sport is a perfect addition to the red hot Rogue lineup, which is also adding a first-ever Rogue Hybrid model for 2017," said Michael Bunce, vice president, Product Planning, Nissan North America, Inc. "With Rogue Sport’s slightly smaller dimensions and sporty maneuverability, it’s ideal for singles or couples without kids – or empty nesters – who want a sportier vehicle and can live with a little less cargo capacity than the current Rogue offers."

The Nissan sedan concept, which will be revealed at this morning’s media event in the Nissan display at the North American International Auto Show, combines a look at the Nissan’s future design direction while also providing hints at the future of Nissan Intelligent Mobility – the company’s roadmap to achieving zero emissions and zero fatalities.