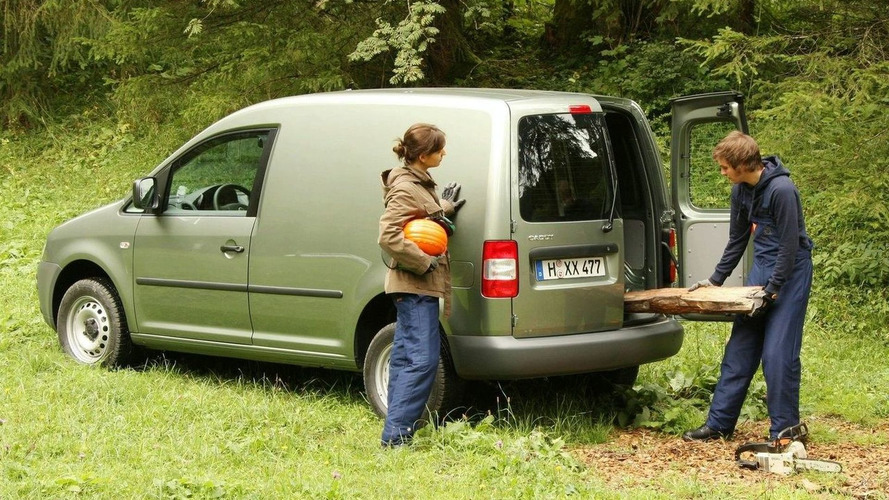 Spotted earlier this year in prototype form with a solid rear axel, the Caddy 4Motion has been extensively modified to accommodate the electronically regulated Haldex all-wheel-drive system.

VW has prepared several new vehicle debuts for the IAA Commercial Vehicles in Hanover, Germany on 25 September, one of which is the Caddy 4Motion with permanent 4-wheel drive. The other debuts which have not yet been released include the first VW pickup design study, Caddy PanAmericana concept, Caddy Life “Style Edition” and Crafter BlueMotion concept.

Spotted earlier this year in prototype form with a solid rear axel, the Caddy 4Motion has been extensively modified to accommodate the electronically regulated Haldex all-wheel-drive system. Changes include an adapted driveshaft and repositioned exhaust system around the rear final drive. Also a newly designed fuel tank and reinforced frame rails in the rear were constructed.

Standard equipment in Germany for the Caddy 4Motion includes fog lights, heat-reflective glass, 15-inch wheels with 195/65 R15 tyres, a multifunction display and a right side sliding rear door (also on the left in the Life version). The Caddy 4 Motion can also be ordered with an upward-opening rear hatch or split opening doors in the rear.

Standard with a six-speed manual transmission, the Caddy 4Motion is powered by a four-cylinder turbo diesel with 77 kW (105 PS) with particulate filter (DPF) as standard. The result is a combined fuel consumption of 6.6 and 6.7 litres of diesel per 100 km for the panel van and Life versions, respectively. The Caddy 4Motion has a top speed of 164 km/h.

Prices for the Caddy 4Motion will be announced at the IAA.