This BMW M2 has probably the longest options list 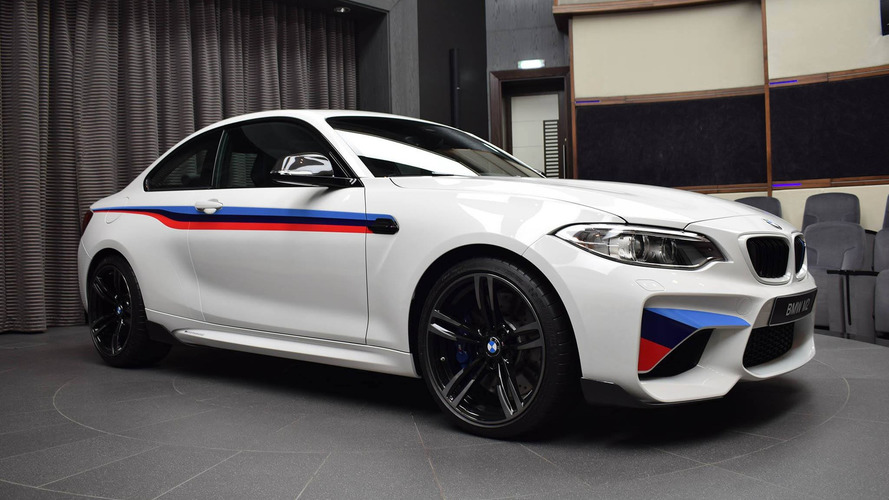 Upgraded with M Performance parts both inside and out.

It was only about a week ago when BMW Abu Dhabi unveiled an M3 Ferrari Red featuring a bevy of M Performance parts, and now the UAE dealer is back to show off an equally appealing car. This time around it’s the M3’s little brother, the M2, also fitted with numerous optional components from the extensive M Performance catalog.

We’re probably looking at one of the most expensive M2s out there taking into account it has a very extensive list of goodies. A relevant example would have to be the M Performance aerodynamic kit adorned with the M stripes applied onto the Alpine White body. To spice things up, the side mirror caps and the trunk lid spoiler are finished in carbon fiber, as are the side skirts. The front lip and the Akrapovic diffuser have also received the carbon treatment, while the kidney grille surround has been color-coordinated with the body.

Gone is the stock exhaust system as this M2 Coupe is rocking an Akrapovic quad tailpipe setup, which brings a minor output hike of 9 horsepower (7 kilowatts) and 6 pound-feet (8 Newton-meters) of torque for the turbocharged straight-six 3.0-liter engine. Besides boosting power, the new exhaust is also 5.3 kilograms (12 pounds) lighter than the standard unit.

Once you virtually hop inside the car’s cabin, there are even more of BMW’s M Performance items. These include the sports steering wheel, gear shifter featuring a carbon trim, and an Alcantara handbrake cover.

If you’re not impressed, rumor has it BMW is working on a hardcore M2 CS featuring a detuned version of the M4’s engine. The biturbo S55 will allegedly develop 400 hp (298 kW) in this new application and it is believed the model will come out at some point next year. 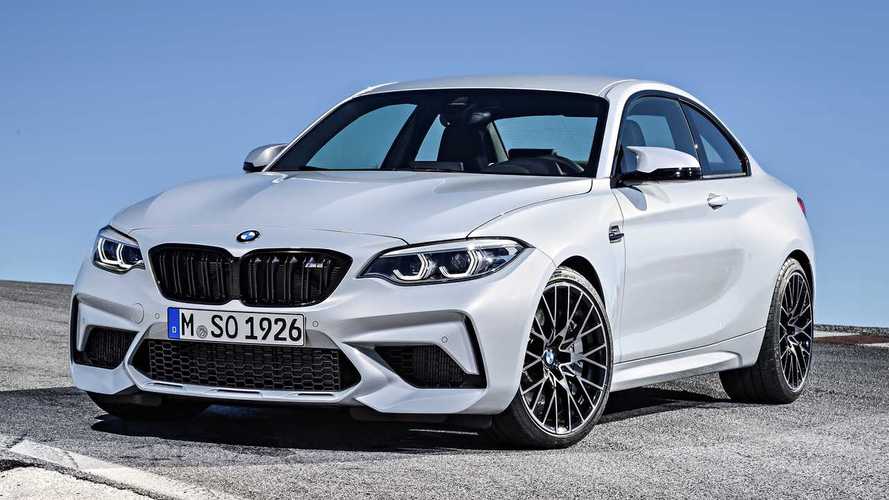