Ahead of its official reveal on Monday, the Audi Q8 is back in a final teaser providing a better look at what to expect from the large SUV-coupe concept. It’s going to have a few tricks up its sleeve, including a touch-sensitive Audi logo mounted on the B-pillar serving as a replacement for the conventional door handles. All the driver has to do is simply put his thumb on the four-ring logo and then the doors will open. Maybe this feature is a sign of things to come as far as a more high-tech keyless entry system is concerned.

Also noticeable is the “E-tron” logo on the front bumper, suggesting the Q8 is going to have an electrified powertrain. Whether it will be a plug-in hybrid or a pure EV remains to be seen. The side skirts are adorned with the “Quattro” lettering, so we know for sure the concept will employ all-wheel drive.

The headlights also appear to be quite interesting and might have a more advanced adaptive lighting system judging by the fact the light moves around within the cluster. At the back, we’re probably looking at sequential OLED taillights and these seem to be interconnected by a wide light bar on the trunk lid.

Audi is also kind enough to provide a quick glimpse inside the cabin where it has a Q7-like steering wheel, but with a touch-sensitive red start/stop button. Once pressed, the fancy Audi Virtual Cockpit does its thing. With the all-new A8 flagship already confirmed to debut the second generation of the company’s all-digital instrument cluster, the Q8 concept might have it to provide a preview. If that’s the case, it means the Detroit-bound showcar has the new MIB2+ (Modular Infotainment Platform) powered by Nvidia’s Tegra K1 processor and capable of merging onboard and online information. The display itself could have sharper graphics as a result of a bump in resolution, but we’ll have to wait and see about that. 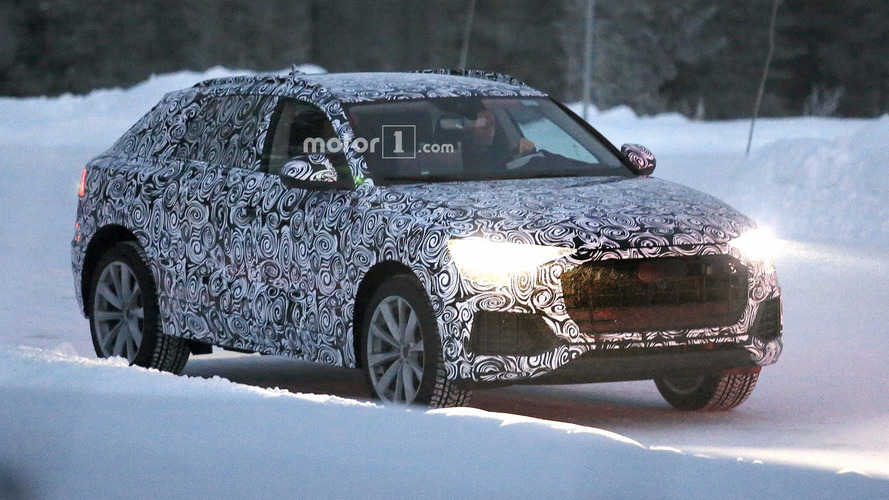 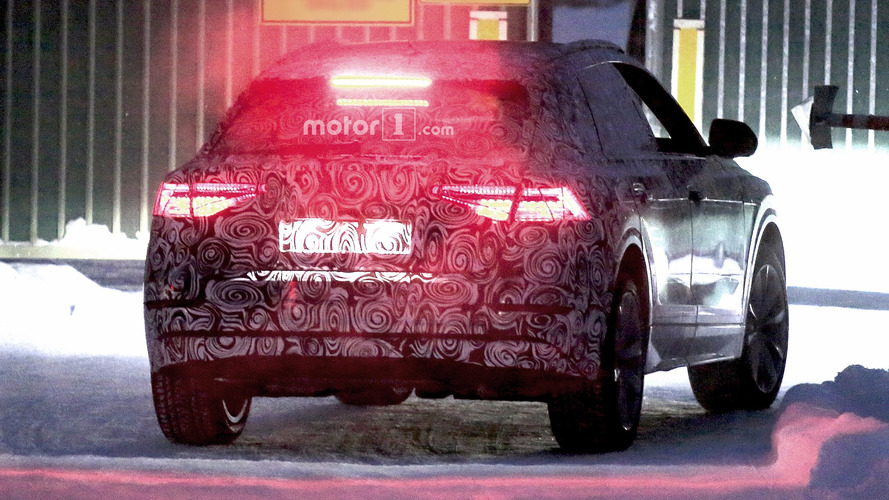 As a reminder, the Q8 is already out and about testing in camouflaged prototype guise and it was recently spotted hiding the production body. Audi will have it ready for production by 2019 to fight the BMW X6 and Mercedes GLE Coupe.

Until then, the namesake concept will be unveiled on Monday, and a little bird has told us Audi will host a second premiere in Motor City.