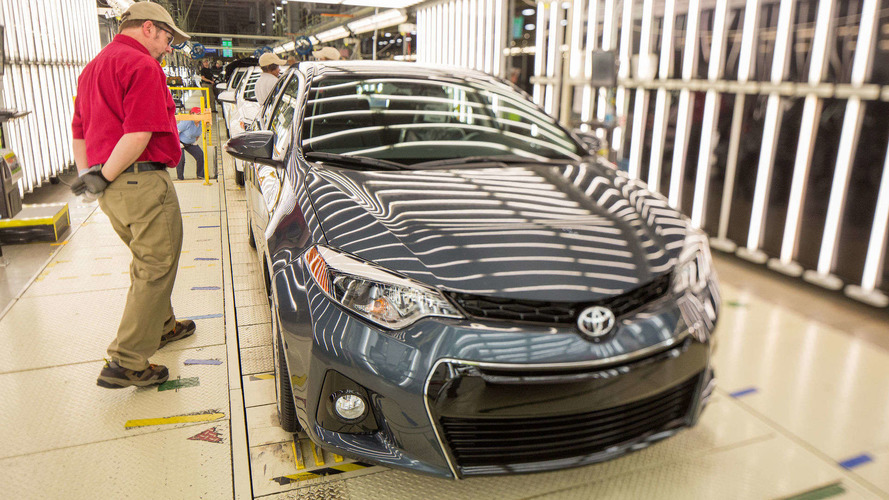 Toyota is the latest victim of Trump's Twitter fingers.

Following heavy criticism of Ford and some confusing criticism of GM, Toyota is the latest victim of Donald Trump's Internet outrage. The president-elect threatened to impose a "big border tax" on the company after it was learned that production of the American-bound Corolla would take place in Mexico beginning in 2019.

"Toyota Motor said will build a new plant in Baja, Mexico, to build Corolla cars for U.S.," Trump said in his tweet. "NO WAY! Build plant in U.S. or pay big border tax." Unfortunately Trump confused the proposed $1 billion Corolla plant in Guanajuato, Mexico, with the existing factory in Baja, Mexico, where the Toyota Tacoma is built.

Still, the automaker did not take the tweet lying down. Toyota issued a statement saying:

"Toyota has been part of the cultural fabric in the U.S. for nearly 60 years. Production volume or employment in the U.S. will not decrease as a result of our new plant in Guanajuato, Mexico announced in April 2015."

The new factory, which will employ 2,000 people and have a capacity of up to 200,000 vehicles when complete, will begin housing the new Corolla beginning in 2019. For now, the company will continue to build the Corolla at its Blue Springs, Mississippi, plant, which saw 170,177 vehicles produced in the first 11 months of 2016, according to Automotive News.

Toyota, which has invested more than $21.9 billion in its U.S. operations in the past 30 years, has built 10 manufacturing facilities, more than 1,500 dealerships, 25 million vehicles, and employed over 136,000 people in the U.S. alone. The company said it looks forward to working with the Trump administration in future manufacturing practices.