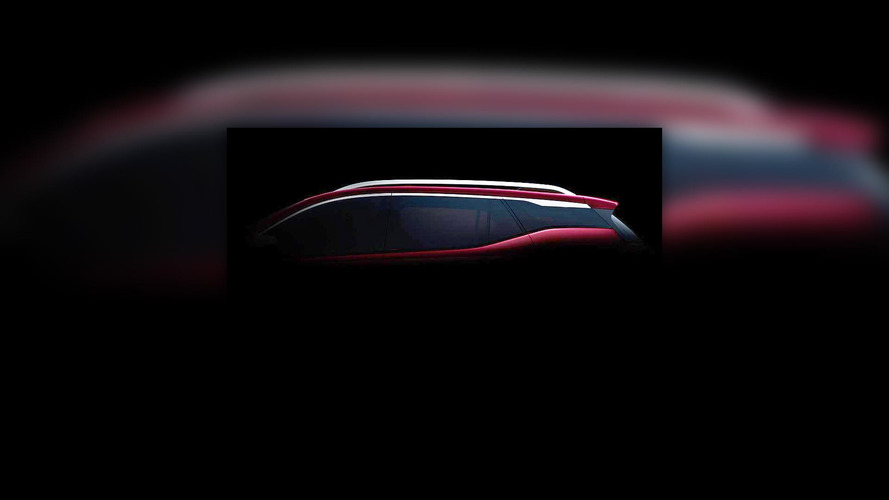 The crossover looks quite different from what Chevy is doing with the new Equinox, even though both models share the same platform.

General Motors will introduce the new generations of the Chevrolet Traverse and smaller GMC Terrain at the 2017 North American International Auto Show in Detroit, Michigan, next week. After teasing the Chevy in December, the automaker is now giving us a glimpse at the GMC crossover in a shadowy image on Facebook. The description for the photo only says, “In four days, the bar will be elevated, shattered and left behind.”

GMC’s teaser image depicts the back portion of the next-gen Terrain’s profile, including a new floating rear pillar. Making the photo lighter (above) doesn’t reveal any more about the styling but gives a slightly better view of how the hatch integrates into the tail. The styling looks quite different from the model’s platform-mate, the Chevy Equinox. The new GMC quite attractive, though, especially the brightwork on the roof rails and upper portion of the window surround. According to a rumor in The Wall Street Journal, the rest of the design has a rugged appearance.

The move to the new underpinnings should do great things for the Terrain. For example, the Equinox lost 400 pounds (181 kilograms) during its upgrade. Chevy also made the latest model available with more safety equipment like automatic braking, lane-keeping assist, and blind-zone monitoring.

The Terrain and Equinox likely share the same 1.5- and 2.0-liter turbocharged four-cylinder gasoline-fueled powerplants with 170 horsepower (127 kilowatts) and 252 hp (188 kW), respectively. The Chevy’s 136-hp (101-kW)1.6-liter four-cylinder turbodiesel is also a possibility in the GMC's engine range. Depending on the powertrain and trim level, expect front- or all-wheel-drive layouts to be available.

GMC would also offer a more luxurious Terrain Denali eventually. However, expect the company to save that version for a later auto show.