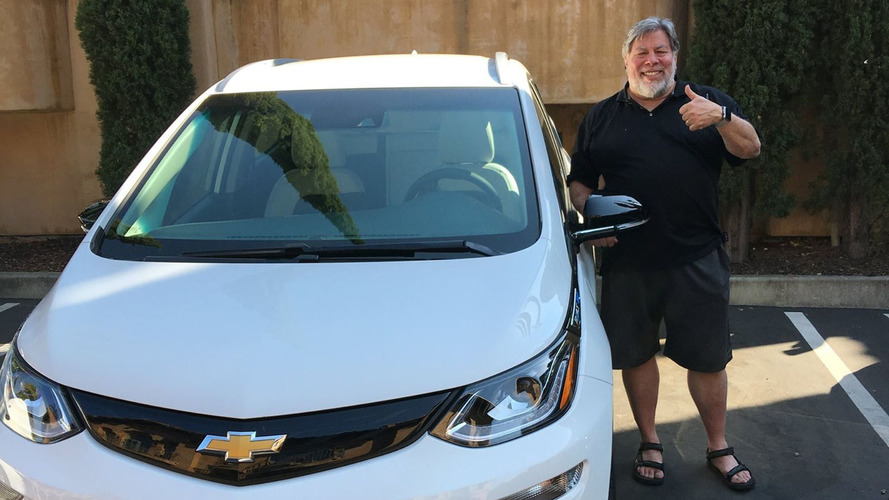 After months of praise, the Apple co-founder bought the Chevy Bolt of his dreams.

Steve Wozniak loves electric vehicles. The Apple co-founder has not one, but two Tesla Model S' – the latter of which was gifted to him by his wife to make sure the original one wasn't too lonely. But even with two Teslas in the home already, that doesn't mean there isn't room for one (or two) more EVs in his growing green garage.

After praising the Chevy Bolt back in September, The Woz finally put his money where his mouth is and ordered the electric vehicle. He posted a picture on Twitter showing off the silver subcompact alongside his wife and the dealer from where he purchased it.

Initially Wozniak was worried about the Bolt’s long-range capability, saying he was "concerned about how it would work on our favored road trips," and that, "So far, Tesla’s the only game in town for that." With a range of 315 miles (506 kilometers) in top trim and as many as 751 charging stations around the globe, the Model S does have the advantage as far as range is concerned.

Still, the Bolt’s 238-miles (383-kilometer) range makes it an ideal daily driver. And that’s exactly what The Woz and his wife will be using it for. "Our fully EV Chevy Bolt arrives January 3 and I expect that to become our main car," he said in a Facebook post last week. But don't worry, Wozniak hasn’t disregarded Tesla altogether just yet.

Just a day after letting the world know he was ordering a new Chevy Bolt, he posted an adorable picture of him and his grandkids alongside their new Model S. Gotta get them started young.