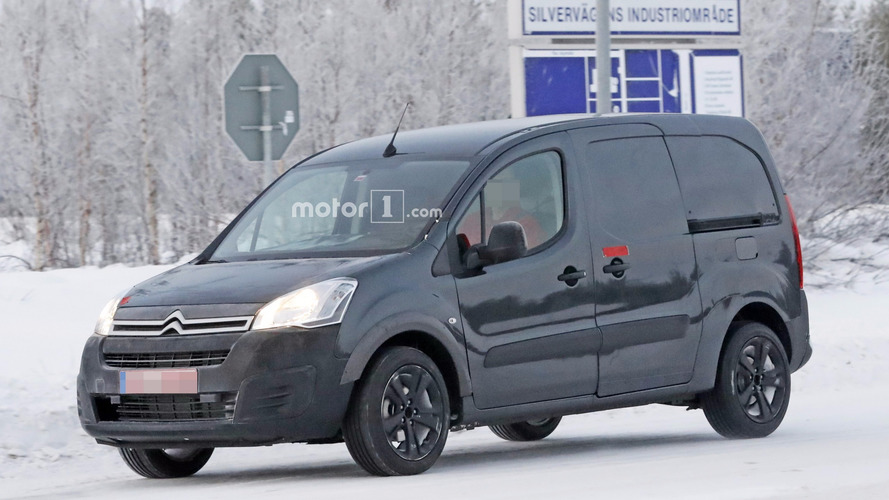 It's also going to be the next Peugeot Partner and Opel/Vauxhall Combo.

There’s an all-new Citroën Berlingo on the horizon, so please try and contain your excitement. Caught while conducting winter testing, the light commercial vehicle was nothing more than a test mule using the body of the current second-generation model, so there is virtually nothing to report on the styling front. Not like it matters a great deal how it looks since people are buying LCVs mostly for their cargo capabilities.

That being said, keen-eyed readers will notice the test vehicle had a jacked-up suspension and there were some wires sticking out of the hood, thus indicating Citroën was testing an engine, likely a diesel of some sort. There were also some plastic add-ons on the front wheel arches, which may or may not suggest the new LCVs are getting wider front tracks.

The third-gen Berlingo is going to be a multifaceted vehicle taking into account it will also be sold with Peugeot’s lion badge on the new Partner. In addition, Citroën’s double chevron logo will also make way for Opel’s and Vauxhall badges to be used by the next Combo.

All of them represent a joint effort coming from General Motors and PSA Peugeot Citroën to engineer a new generation of LCVs. You'll probably be happy to hear the companies have announced the vehicles are going to be “differentiated and consistent with their respective brand appearance.” In order words, it will be more than just a simple case of rebadging, as the upcoming Berlingo, Partner, and Combo will look different on the outside (and hopefully on the inside as well.)

The new array of LCVs will ride on a platform developed by the French and all of them going to be manufactured at PSA’s factory located in Vigo, Spain. The three (four if we’re counting the Vauxhall-badged model) are slated to go on sale at some point in 2018.